Before he transformed into that weird dude at the party who announces "I'm going to go now," Bran was eager to become a member of the knights guard. 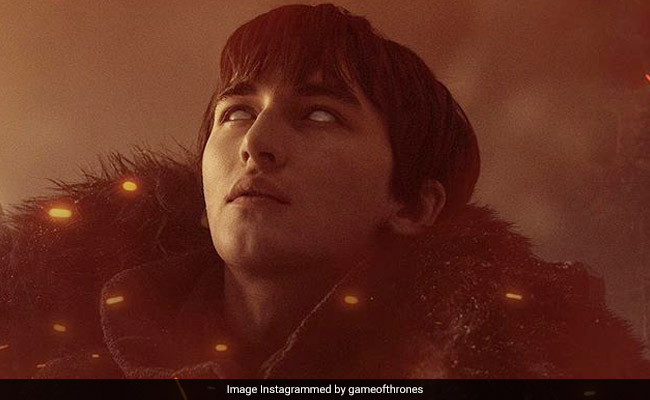 Game Of Thrones: The journey of Brandon Stark (courtesy gameofthrones)

Contains spoilers for the entirety of Game Of Thrones.

After Sunday's finale, the people of Westeros are all hailing King Bran the Broken, the Human Google who can see into the past and future.

There is no Iron Throne for him to sit upon (thanks, Drogon) and Sansa Stark's successful campaign for northern independence means the new king will just rule over six kingdoms. Bran winning the game of thrones may seem like an "um, really?" result (although Vegas oddsmakers had Bran as the favorite) with Tyrion Lannister's sales pitch amounting to, "Hey man, who doesn't love a good story? The lords and ladies agreed, and the power of the narrative is alive and well.

But before he transformed into that weird dude at the party who announces "I'm going to go now," Bran was a plucky northern boy eager to become a member of the knights guard. And seeds of Bran's future could be seen as far back as Season 1.

The catalyst for so much of the drama that engulfed the realm came from Jaime Lannister pushing Bran out of a high tower, leaving the boy paralyzed for life.

After Bran awoke from his coma, Arya asks their dad whether Bran can still be a knight, as he had wanted. "No," Ned Stark replies. "But someday he could be lord of a holdfast, or sit on the king's council, or he might raise castles like Brandon the Builder."

Bran's namesake, Brandon the Builder, was a legendary figure. He raised castles, gave The Gift (the area south of the wall) to the Night's Watch and, in the books, founded House Stark. And now his descendant, Bran Stark, presides over the reconstruction of King's Landing.

After Ned's execution and, in Season 2, Theon Greyjoy's botched Winterfell takeover, Bran and his crew of misfits hit the road, escaping his hometown and, eventually, traveling north of the wall. All the while, Bran was having dreams about ravens and flexing his warg abilities as he began his journey to becoming the Three-Eyed Raven.

Game Of Thrones completely ignored Bran for an entire season, leaving him with the Children of the Forest in Season 4 and not picking his storyline back up until Season 6, when he learned of the origins of the White Walkers and became the new Three-Eyed Raven.

Bran hasn't been without his mistakes (letting the Night King brand him, his sloppy warging of Hodor). But by Season 7, Bran seemed pretty comfortable with his new identity. He returned to Winterfell with a weird detached vibe and telling anybody who would listen that he's not Bran, but the Three-Eyed Raven.

The totality of his abilities is not clear. He can see the past and recount specific conversations (he knew enough to convict Little Finger). He knew to give Arya the Valyrian steel dagger she would use to kill the Night King. But he doesn't know everything: he thought Jon Snow was Rhaegar Targaryen's illegitimate son, but research duo Sam and Gilly discovered that Rhaegar and Lyanna Stark were actually married at the time. And apparently as king, Bran still needs a Master of Whisperers.

But by Season 8, we did learn a few things about his purported importance to humanity. Namely, Bran is essentially the keeper of all memory, which is why the Night King was after him. Bran also had another clear purpose: making sure Jon Snow knew his true parentage. Bran pushed Sam to reveal the secret to Jon, a sequence of events that may have pushed Daenerys off the deep.

By the finale, it was left to Tyrion to serve as Bran's advocate. The two have had a friendly relationship for some time; in Season 1, Tyrion gifted paralyzed Bran a special saddle, and on the eve of the Battle of Winterfell, Tyrion asked Bran to tell him his long story about becoming the Three-Eyed Raven. We don't know what Bran told the Lannister, but presumably it was compelling stuff.

As Tyrion put it to the rulers convened: "There's nothing more powerful in the world than a good story. Nothing can stop it. No enemy can defeat it. And who has a better story than Bran the Broken?" (Sansa? Jon? No?)

"The boy who fell from a high tower and lived. He knew he's never walk again, so he learned to fly. He crossed beyond the wall, a crippled boy, and became the Three-Eyed Raven," Tyrion continued. "He is our memory, the keeper of all our stories: the wars, weddings, births, massacres, famines, our triumphs, our defeats, our past. Who better to lead us into the future?"

Multiple characters proclaim that Bran doesn't want to be king. ("Bran has no interest in leading," Sansa says. "I know you don't want it. I know you don't care about power," Tyrion says.) But a more cynical view is that Bran had wanted to be in power all along. And who better positioned to manipulate everyone into making that happen than the guy who can see into the past, and know the future?