Game Of Thrones 8: The Big Battle Is Coming. Which Major Characters Are Most Likely To Die?

The HBO series hasn't been afraid to kill off beloved characters, so let's break down who is least likely to survive the fight against the undead 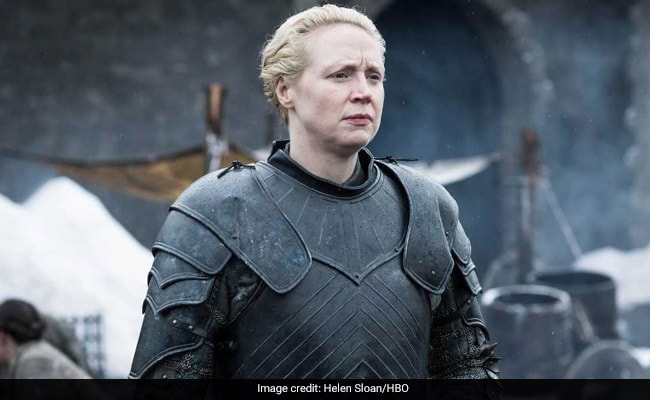 This post contains "Game of Thrones" spoilers, including from Season 8, Episode 2.

It looks like next week's Game Of Thrones episode will feature one of the biggest battles of the series thus far. And that means it's "Valar Morghulis" time.

Sunday night's episode - with its reunions, full circle moments and constant blabber from everybody about how they're certainly going to die against the undead (what happened to pre-battle faith!) - set up several major character deaths.

Ever since the shocking beheading of Ned Stark in Season 1, the HBO series has shown that even the most righteous or beloved figures were subject to cruel deaths. George R. R. Martin, author of the Game Of Thrones source material, has noted this tendency to kill off the heroes. (The HBO show has now outpaced the A Song of Ice and Fire books).

"I think a writer, even a fantasy writer, has an obligation to tell the truth and the truth is, as we say in Game of Thrones, all men must die," Martin said in a 2016 interview. "We've all read this story a million times when a bunch of heroes set out on adventure and it's the hero and his best friend and his girlfriend and they go through amazing hair-raising adventures and none of them die. The only ones who die are extras. That's such a cheat. It doesn't happen that way."

So based on Sunday's episode, who is least likely to survive the battle at Winterfell? Let's break down their chances:

Jaime arrived in Winterfell, where he was met with disdain and suspicion. But the show's writers really drove home the point that this isn't the same guy who pushes kids out tower windows. He's now the kind of guy who knights Brienne and would be proud to fight under her command. That redemption arc - a careless knight sleeping with his twin sister in Season 1, to abandoning that sister to fight for humanity in Season 8 - really dooms his chances for survival.

Brienne received some solid closure in Sunday's episode when she finally got knighted and earned the respect and admiration she deserves. While she could make it out alive - perhaps Jaime will die as he protects her? - the kind of joy she experienced from becoming a knight makes us feel anxious over what's about to come for her.

Theon and Sansa Stark had a moving reunion in Winterfell, coming after he helped her escape that walking nightmare, Ramsay Bolton. What's more, Theon pledged to guard Bran Stark, protector of history and human Night King-bait. "I took this castle from you," he tells Bran. "Let me defend you now."

Recall that Theon, in a move to try to win the respect of his father and the Ironborn, took Winterfell and did very awful things in the process, which led him to becoming Ramsay's captive, Reek. So Theon dying while protecting a Stark and being so brave that he's facing off with the Night King? Not a bad way to go, considering all of the arrogance, then pain and humiliation we've seen in his story line.

Doesn't it feel like we got a lot of face time with Tormund on Sunday's episode? He seems like the kind of fighter who will take out a bunch of the undead in a heroic feat of strength, sure, but having him make it out alive almost seems a little gratuitous.

Grey Worm and Missandei just made some sweet travel plans and there isn't a person watching Game of Thrones not rooting for these two crazy kids, so yeah, he's at risk.

Arya is expecting to die like so many other characters, so she spent her final hours doing the deed with Gendry. (She's apparently 18, by the way!) Just in terms of shock value, Arya dying in next Sunday's episode would be more devastating than previous Stark deaths; she's been around longer, endured more and is a more beloved character than the now-deceased Starks. Killing her off would no doubt spark a huge emotional reaction among viewers, so that makes her chances of survival slim. Plus, is Arya really needed to sort out this whole Iron Throne squabble? She does have her kill list with Cersei at the top, but a lot of people could take that queen out.

Here's another character who's undergone a massive transformation, from aloof killer to softy with a rough exterior, and that puts a big target on his back. In Sunday's episode, he has what qualifies as a heart to heart with Arya. "You joined the brotherhood. You went beyond the wall with Jon," she says. "You're here now, why? When was the last time you fought for anyone but yourself?"

The Hound responds: "I fought for you, didn't I?"

See! He's capable of selflessness, and it's about to get him killed.

This dude has already been on the brink of death (thanks to a nasty bout of greyscale), and his final counsel to Daenerys is to keep Tyrion Lannister on as her hand. Now that he's settled his affairs, his final act of loyalty could be to die fighting under her banner.

Sam Tarly, who saved Jorah from greyscale, also gifted him the Tarly family Valyrian steel sword Heartsbane, which is capable of taking out White Walkers. That sets us up to see Jorah engage in some intense fighting. Maybe he'll have a chance to repay Sam for saving his life?

We haven't heard nary a peep from Varys this season, and the trailer for next week's episode has him hiding out in the crypt. Would any of us miss him?

Tyrion was instructed to also stay in the crypt during the fighting, but we know he's not one for following rules.

Sam has beaten a White Walker before, but he also doesn't have that big sword anymore. Plus, Sam dying would really complicate the coming showdown between Daenerys and Jon Snow, err, we mean Aegon Targaryen.

We saw more of Davos Seaworth on Sunday's episode than Jon Snow it seems, and he kept reminding us all that despite his surviving previous battles, he's not really much of a fighter.

Podrick has been coming along as a fighter. But he did sing in Sunday's episode, and for some reason that makes us less inclined to think he'll make it out alive.