Game Of Thrones 8: The 12 Things That Are Really Bothering Us Right Now

Why is Daenerys still so bad at dragons? 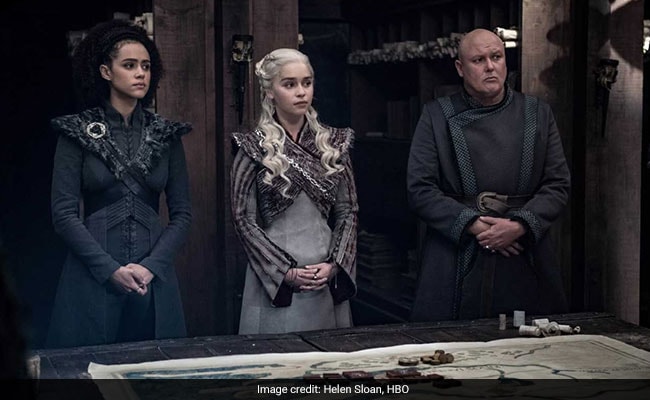 (EDITORS: This contains many spoilers for Game Of Thrones, through Season 8, Episode 4.)

Game Of Thrones departed from its literary source material in Season 6, leading to a range of odd plot points and character behaviors, some so baffling that you may ask: Why bother with the show anymore?

By now, you've spent hours watching the HBO series (otherwise we're not sure why you're reading this but, hey, happy to have you here), so let's admit many of us are just operating by the sunk cost fallacy; we've already invested so much time into Game Of Thrones, we have to see how this whole thing plays out.

But as the series tries to wrap everything up (we only have two episodes left!), the ridiculousness has been amped up, and we're not even counting the errant coffee cup. Several actions the characters took or failed to take, as well as how Westeros has been presented to viewers, were especially annoying on Sunday's episode. Here's a rundown:

We know the dragons are vulnerable at this point. And so should Daenerys, but she doesn't show any indication that she understands this. She witnessed the Night King killing Viserion by chucking an ice spear. She saw when the Sons of the Harpy spears injured Drogon. And she was on top of Drogon last season when Bronn pierced it with the massive Scorpion weapon, temporarily grounding the dragon.

Seeing last season that the Lannister force had this giant crossbow, wouldn't she think, you know, maybe Cersei has some more of these lying around? At the very least, look into some armor for these beasts. They are your children, after all.

Varys: Do. Your. Job. What happened to all of your little birds? Daenerys and her sea-bound crew sailed right into an ambush, which seemed like it could have been very preventable with some basic intel. And we're not even placing all the blame at the feet of the Dragon Queen's advisers, because she has the tactical advantage of flying on a dragon. From previous episodes, the cruising altitude of a dragon seems quite high; why not max it out to scope the scene from a far away distance? Just rolling up on King's Landing with ships and a dragon but with little sense of what awaits seemed foolish.

This whole Brienne and Jaime situation

We get that chemistry has been building between these two, but to cram the life and death of their romantic relationship into one episode gave us whiplash. Plus, Brienne deserved better, and we're just generally upset about that.

Of course, Daenerys is Jon's aunt, because they have zero chemistry

Any time someone in Westeros hears that Daenerys is Jon's aunt, the immediate response should be, "Ah, now it makes sense." We're supposed to believe this is a deeply-in-love-couple, tragically doomed by their bloodlines, but we're not feeling the heat.

For Pete's Sake, say goodbye to your direwolf

Some of us hold the controversial opinion that dogs are not people. However, Jon Snow, show some respect to your direwolf because he is a very good boy. This creature stood by your side when you were dead, saved your life by warning you of a wight, kept you company at Castle Black and emerged bloody and bruised after fighting the army of the dead. We'll give you that it's honorable to let your direwolf go live in the north rather than schlep him to the south (balmy weather and that fur coat? No, thank you). But at least give the creature the goodbye it deserves.

Gendry, do you really care that much about being a lord?

Gendry never expected to be anything more than a blacksmith, but Daenerys has rewarded him for his efforts by making him a true born son of Robert Baratheon and the lord of Storm's End. What a promotion! But once he realized Arya had no intentions of being a lady to him, why not just ditch the gig and follow her? Dating isn't easy, Gendry, and you already found someone who, like you, hates crowds and is handy with weaponry. If that's your type, you'll find no one better than Arya in Westeros. She's the reason humanity gets to continue living. Speaking of which ...

Why are we not celebrating Arya more?

Daenerys gave a quick shout-out to Arya at the big Winterfell feast, but anyone who knows the young Stark would also know this isn't her scene (next time get the Hound on the party-planning committee). Can we at least get a shot of lifting Arya up on shoulders, or one of her explaining how it went down (how did it go down? Face-swapping? We want details!), or really anything that conveys the sense of gratitude and debt humanity should feel toward her? Nope? Gonna instead give us several minutes of Tormund hitting that elephant tusk wine? Cool.

You know nothing, Tyrion Lannister

Tyrion is supposed to be among the most clever and witty characters on Game of Thrones. But most of his jokes lately have to do with Varys's lack of testicles (har har har), and he keeps underestimating Cersei. He knows what his sister is capable of, and yet he believed her pledge to fight the army of the dead. Welp, that was a lie. Lesson learned, right? Except now he thinks there's a small chance he can talk her into some kind of truce? He should have walked up to the wall on Sunday's episode, pulled out a crossbow and shot Cersei, then and there.

Does Cersei really abide by any kind of war decorum?

Game Of Thrones would have you believe that Cersei is ruthless and would stop at nothing to hold onto the throne, including exacting revenge on her brothers. Most of all, she loathes Tyrion for existing (their mother died in childbirth), and then for unceremoniously killing their dad as he sat on a toilet (rough way to go).

So it makes little sense as to why Cersei wouldn't just kill Tyrion as soon as he approached her at the wall outside of King's Landing. For that matter, just look at how diminished Daenerys' forces are, so why not just kill them all right then and there? We know why - because then the entire series would end - but at least make us believe that this whole setup is plausible, given what we know about Cersei.

Is there an Acela between Winterfell and King's Landing now?

This became a glaring issue in Season 7, but it's become laughable now. Remember when Arya and the Hound wandered about for a season or two? Now these characters can just zip around Westeros. Daenerys, Grey Worm and crew rolled up on King's Landing via ships in Sunday's episode, and it apparently will only take Jon Snow and an entire army traveling over land an additional fortnight to get there.

Those meandering journeys added additional drama, peril and high jinks, too. Now, we can't help but feel the show's writers are just trying to barrel toward the finish line.

So Samwell gets to live but Missandei has to die?

The second episode of this season prepared us to say goodbye to many longtime characters. And the chance that Missandei and Grey Worm would survive all of this greatly diminished after they talked about retiring to some beachfront property.

But so many major characters survived the Battle of Winterfell that it almost felt gratuitous. And once again, Samwell Tarly, Reader of Books who is unable to lift up a Valyrian steel sword, managed to make it out alive. Meanwhile, Daenerys' BFF has to die, presumably to drive the plot forward.

How did Missandei get captured, exactly? Plucked from the sea while abroad a skiff that, for whatever reason, made it through the chaos of giant crossbow attacks?

Bran is human Google but he's not googling anything

The good ol' Three Eyed Raven isn't doing much three eyed ravening anymore. He's still dishing about Jon's parentage, but like any good gossip, he needs to offer more than the same story over and over. Bran says he now lives in the past, but we've also seen evidence of him peering into the future. Regardless, why these characters aren't running every single plan by him is beyond us.

(Except for the headline, this story has not been edited by NDTV staff and is published from a syndicated feed.)
Comments
game of thronesgame of thrones plot