Game Of Thrones 7 Episode 7: The Huge Reveal Sure Was Anticlimactic

"I became the Three-Eyed Raven," Bran said in his new robot cadence. Cue the nervous laughter from Sam, who had no idea what that meant. Bran patiently explained that he knows everything now, including the true parentage of his supposedly bastard brother. Rhaegar Targaryen was Jon's father, Bran said. 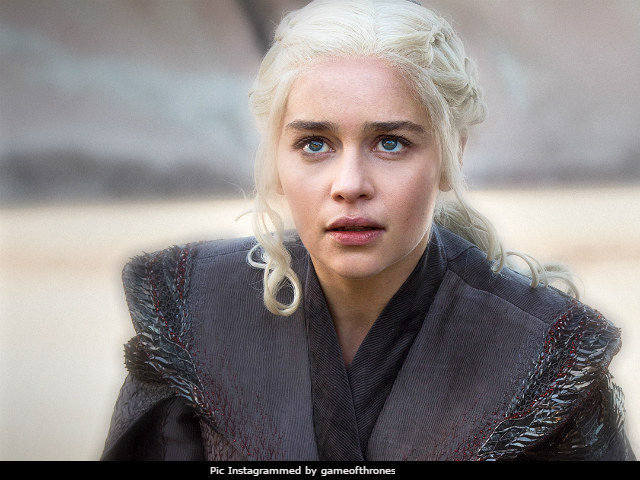 Game Of Thrones 7: A still from the show (courtesy gameofthrones)

On Sunday night's Game of Thrones finale, viewers finally got confirmation on the story's most widely circulated fan theory, which has been kicking around the Internet since George R.R. Martin's books first came out so many moons ago. As it turns out, RL really does = J: Jon Snow isn't the product of Ned Stark's extramarital affair. His parents are Rhaegar Targaryen and Lyanna Stark.

The information dump came when Samwell Tarly arrived at Winterfell and reunited with Bran, whom he hadn't seen since both were North of the Wall. Bran was doing his usual thing, sitting in silence and staring, so naturally Sam was curious what happened to the cute, precocious little boy he'd once met.

"I became the Three-Eyed Raven," Bran said in his new robot cadence. Cue the nervous laughter from Sam, who had no idea what that meant. Bran patiently explained that he knows everything now, including the true parentage of his supposedly bastard brother. Rhaegar Targaryen was Jon's father, Bran said. This was the moment when the audience was supposed to gasp at the huge curveball. But instead they might have laughed, especially when Bran claimed, "No one knows; no one but me." Well, no one but him and every single person watching at home.

The show had already laid the groundwork for the twist with a more cathartic reveal last season when Bran time-traveled to the Tower of Joy, where his father Ned, then a young man, sat beside Lyanna on the bloody bed where she'd just given birth. On the verge of death, she made her brother promise to take care of her son, and some on-the-nose camera work - cutting from the face of the infant to that of Jon Snow - instantly cleared up who the baby became.

Actors on the show, including Jon Snow himself, Kit Harington, were still coy about who Jon's father was. When asked by Entertainment Tonight about whether Jon Snow might ever hook up with Daenerys Targaryen, who would be his aunt if RL=J were true, he responded, "Out of all the people in 'Thrones,' Jon, of all people, is probably the least up for incest," he said. "But we don't know whether they're related."

Didn't we? With Lyanna cooped up in the Tower of Joy, there were very few possibilities other than Rhaegar, the man who supposedly abducted her after she was already betrothed to Robert Baratheon.

The episode did offer a few new tidbits. (To call them surprises would be an overstatement.) One: Jon is the heir to the Iron Throne because he's not actually a bastard. After Bran explained that his name should be Jon Sand instead of Jon Snow, because he was a bastard born in Dorne, Sam corrected him. Apparently the Three-Eyed Raven doesn't know everything. The audience already got a preview of this news bulletin when Sam and Gilly were reading dilapidated diaries in Oldtown, but it turns out Rhaegar had his previous marriage to Elia Martell annulled so he could properly marry Lyanna. And just like that, Bran traveled to their wedding ceremony where Lyanna didn't look anything like a woman in captivity. Those two crazy kids were really in love.

The more scandalous reveal was the big bedroom moment, which seemed inevitable as soon as the episode kicked off with the promise of an N for Nudity. Jon Snow - oh, excuse me - Aegon Targaryen paid Daenerys a visit while the two were sailing North toward Winterfell, and aunt and nephew went for a roll in the hay. So, if they don't know they're related, does it still count as incest? What about if both parties are really beautiful and seem destined to be together?

The knowledge of Jon's true parentage wasn't a reveal so much as a relief. Now we can move on to bigger things - like how Jon will react when Bran finally tells him the truth and whether or not Jon just got Dany pregnant, even though she makes a point of telling everyone she meets she can't have children. The big twist may have been a dud, but it looks like there are some surprises still to come.