"I am excited to see how my fans worldwide react to this song," said singer Taz 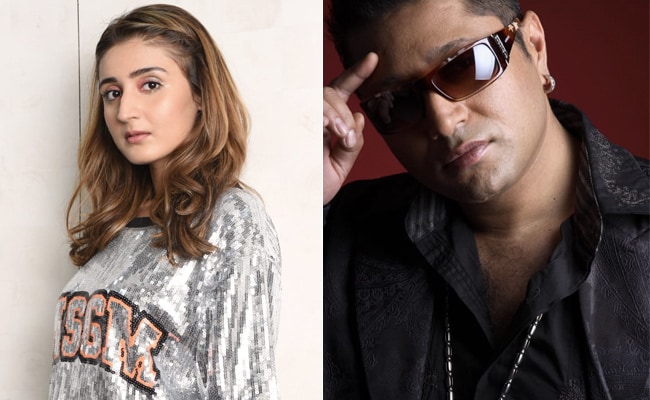 Bhushan Kumar's T-Series presents their latest single Gallan Goriyan. Featuring John Abraham and Mrunal Thakur, with vocals by Taz and Dhvani Bhanushali, the music heavyweights are all set to have audiences dancing to the perfect party song this wedding season.

Tarsame Singh Saini, more popularly known as Taz of Stereo Nation, previously known as Johnny Zee, was a pioneer of cross-cultural fusion music who topped the UK Asian pop charts for 36 weeks at number 1 with his debut album Hit The Deck.

With numerous record breaking songs to her credit, T-Series artist Dhvani Bhanushali, on the other hand is undoubtedly the youngest, most successful pop sensation in the country.

The two artists, belonging to different generations are trendsetters in their own right. They now team up for the first time for Gallan Goriyan, presented by Bhushan Kumar's T-Series.

The fun, party song composed by Taz, with lyrics by Taz and Kumaar, has something for everyone. With its catchy tune and groovy beats, Gallan Goriyan lends itself as the perfect wedding song, not to mention a favourite at clubs and college campuses.

While John Abraham makes a rare appearance in the colourful and vibrant music video, directed by Adil Shaikh, Mrunal Thakur performs to an out-and-out dance track for the very first time.

Interestingly, while going digital has become the new way of life during this lockdown, Dhvani Bhanushali and Taz recorded this song in India and the UK respectively and brought it to life with the support of a stellar team. While the video was shot earlier with the song's scratch, it was during the lockdown that the final touches were made and mastered.

Says popstar Dhvani Bhanushali, "I recorded my portions of Gallan Goriyan at home. We were lucky that it was possible despite Taz and I being in different corners of the world. I'm glad I was able to lend my voice to Gallan Goriyan and be part of this fun party song. Taz was amongst the first who pioneered pop culture in the country and I'm happy to collaborate with a celebrated artist like him this early in my career."

Adds singer-composer Taz, who is also the recipient of the UK Asian Music award, "I recorded my part in the UK and Dhvani recorded her part in India. I guess now that's how the world is working. By God's grace the song has turned out absolutely beautiful and magical. I am excited to see how my fans worldwide react to this song. It's got a great energy and vibe to it."

Bhushan Kumar's T-Series presents Gallan Goriyan. With vocals by Dhvani Bhanushali and Taz and lyrics by Taz and Kumaar, the peppy song is composed by Taz. Featuring John Abraham and Mrunal Thakur, the video of Gallan Goriyan is directed by Adil Shaikh and will be out on June 11 on T-Series' YouTube channel.