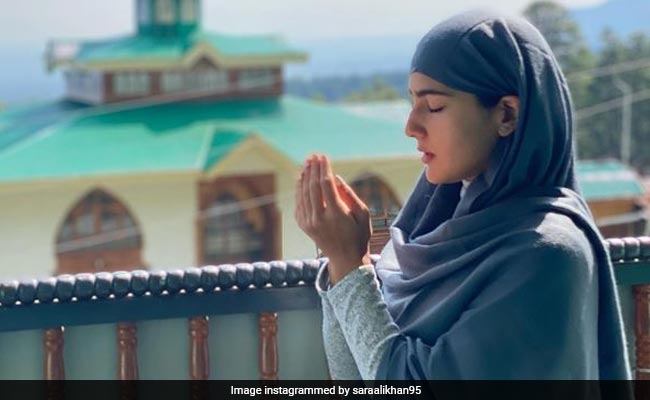 Sara Ali Khan is going places (literally). The actress, after holidaying in Maldives, shared a collection of pictures from her Kashmir diaries. On Wednesday morning, the 26-year-old actress, posted postcard-worthy shots from Kashmir. She posted pictures from different places of worship and accompanied it with a caption that read, "Agar firdaus bar roo-e zameen ast, Hameen ast-o hameen ast-o hameen ast. If there is a paradise on earth, it is this, it is this, it is this. Sarv Dharm Sambhav. She added the hashtags #kashmir #jannat #peace #merabharatmahan to her post. "This is beautiful," actress Zareen Khan commented on Sara's post.

A few weeks ago, Sara Ali Khan was holidaying in Ladakh. Actress Radhika Madan and singer Jasleen Royal were her travel buddies.