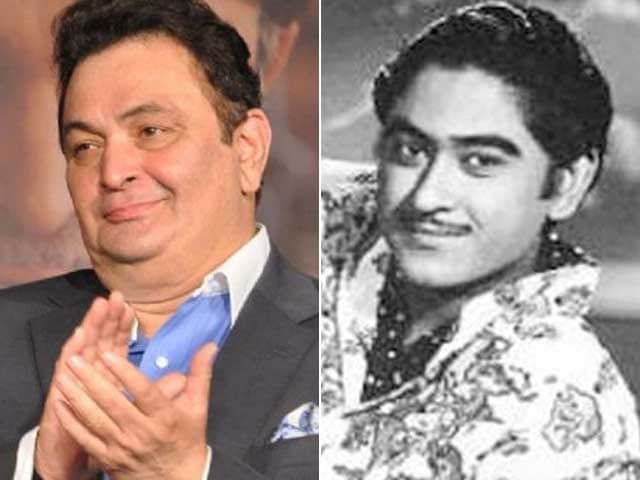 New Delhi: Rishi Kapoor, resident agent provocateur on Twitter, is often enraged by followers who fail to see his joke. His latest post, however, will make everyone happy.

On Thursday, Mr Kapoor shared an old picture with Kishore Kumar to mark the legendary singer's birth anniversary. Kishoreda would have been 87 this year.

Mr Kapoor tweeted this picture from the making of 1982 film Deedar-E-Yaar. Also pictured are co-star Jeetendra and singer Mohammad Rafi, who dueted with Kishore Kumar on the song Mere Dildaar Ka.

The 63-year-old actor identified the others in the group in a separate tweet:

If you can't recall Deedar-E-Yaar, this could be why:

This was one Titanic that unfortunately sank! Wonderful memories though! https://t.co/A76Wl3phjI

Remembering the great Legend Kishore Kumar! Thank you for all those songs! pic.twitter.com/burAQ0ic9G

Born Abhas Kumar Ganguly , Kishore Kumar debuted as an actor with Shikari in 1946. In 1948, music director Khemchand Prakash gave Mr Kumar a chance to sing Marne Ki Duayen Kyon Mangu in the film Ziddi. There was no looking back.