From Renuka Shahane, Some 90s Nostalgia With Co-Star Kunal Kemmu

"Kunal Kemmu has been such a brilliant actor from his childhood," wrote Renuka 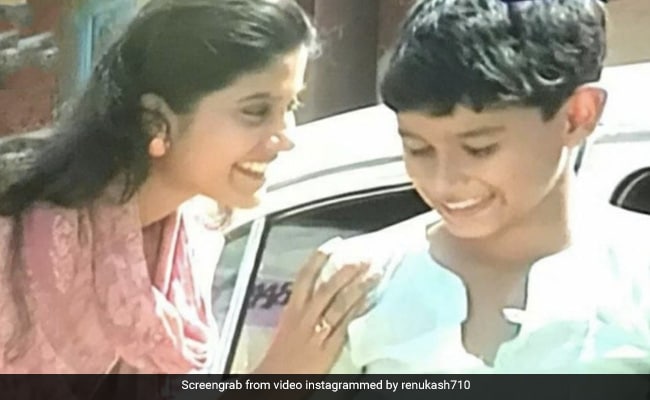 If you grew up in the Nineties, you must have heard about or watched the 1996 film Girvi, which was written, directed and produced by actress Soni Razdan. Girvi starred Renuka Shahane and Kunal Kemmu as a child artiste. The film, which also featured Makrand Deshpande and Kanchan Rawal, was aired Doordarshan. On Thursday, Renuka Shahane posted a picture collage comprising stills from the 1996 film and wrote: "A fan sent me these screen grabs of a gem of a telefilm 'Girvi' with a powerful story, written and directed by the lovely, talented Soni Razdan, starring Kunal Kemmu, who has been such a brilliant actor from his childhood. This film was made in 1996 for Doordarshan. I had the good fortune of acting in it #throwbackthursday #womendirectors."

Girvi was one of the few projects in which Kunal Kummu starred as a child actor.

In 2019 too, when a fan page dedicated to Indian cinema posed a set of pictures of little Kunal and from Girvi, Renuka tweeted: "Loved working on this film. Soni Razdan directed it so well. Kunal Kemmu is one of the best actors we have. His performance was so amazing in Girvi."

Loved working on this film. @Soni_Razdan directed it so well. @kunalkemmu is one of the best actors we have. His performance was so amazing in Girvi https://t.co/LCVNAWjVNx

Renuka Shahane is known for her performances in films like Hum Aapke Hain Koun..! Masoom, Dil Ne Jise Apna Kahaa and Highway, as well as in TV shows such as Circus, Imtihaan, Junoon, Sailaab, Ghutan and Kora Kagaz.

She also directed Kajol in Tribhanga.

Kunal Kemmu was last seen in the 2020 film Lootcase.