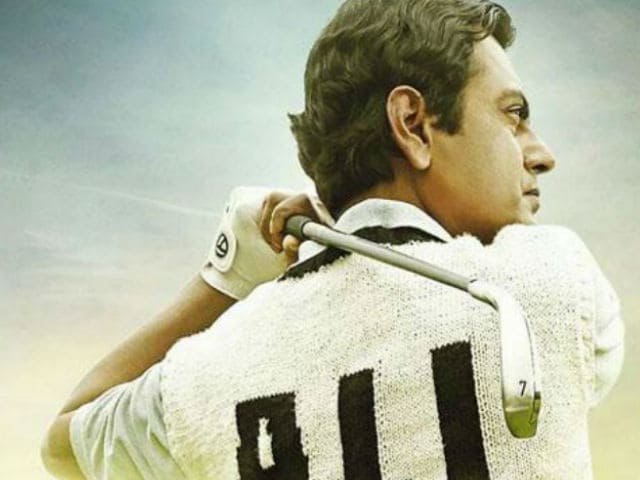 A poster of the film Freaky Ali.

Mumbai: Nawazzudin Siddiqui has been part of many offbeat films but the latest from Salman Khan Productions is perhaps his freakiest role yet. Freaky Ali will release this September and Nawazuddin is rather upbeat about the golf film directed by Sohail Khan.

"I have only played marbles when I was young. Golf was a new thing for me but we practiced well before the shoot and hopefully the people will like it," he said in an interview to NDTV.

Nawazuddin often listens to the script before he says yes to a project. Sohail, on the other hand, had only a thought.

"I didn't know Nawaz bhai and approached him after the release of Bajrangi Bhaijaan. I shared the thought of the film with him and started work on the script only after he had said yes to the film," said Sohail.

Some might say that Freaky Ali has been inspired by Adam Sandler's Happy Gillmore which was also about a man who becomes a golfer by accident.

"Well, I understand what some reports are saying but once you see the film you will realise that it has nothing to do with Adam Sandler's film. I don't even remember watching that film though it was a hugely successful way back then. Having said that we did watch a lot of documentaries on the sport. You can't get the golf wrong in a golf film," he said.

"I think there is enough space for two films," said Nawazuddin while Sohail had a more practical approach to the film's release. "Our film is a film with a small budget. It's a single digit film," he said.

By 'single digit' Sohail means that Freaky Ali has a production cost of less than Rs 10 crores. Considering it is presented by Salman Khan, the film will manage more screen space than other films with similar budget. More screens mean more visibility and that will only increase the films chances against the bigger Baar Baar Dekho.

On A Scale Of 1 To Mandira Bedi, How Jealous Are You Of This Pool Pic?