Deepika Padukone has shared a post from French Riviera 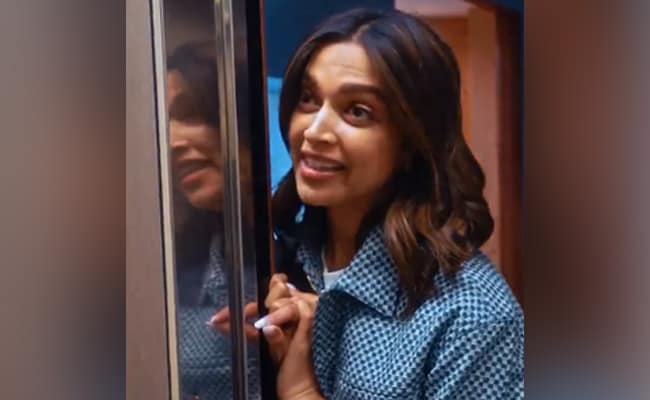 New Delhi: Deepika Padukone, who will be representing India at 75th Cannes Film Festival, has shared a post from French Riviera. The actress has shared a video of herself arriving at the airport and talking about what to do next. She captioned the post as, "#Cannes2022 @festivaldecannes". In the video, Deepika is looking gorgeous in a Louis Vuitton's denim-on-denim ensemble. Showing off her no-makeup look, the actress completed her look with sunglasses and a brown handbag. For the uninitiated, the French luxury fashion house recently announced the actress as their brand ambassador. Check out the post below:

Deepika Padukone is one of the jury members at Cannes 2022. The jury includes Vincent Lindon as a President, while competition members include Rebecca Hall, Asghar Farhadi, Trinca, Ladj Ly, Noomi Rapace, Jeff  Nichols and Joachim Trier. Announcing Deepika as a jury member, Cannes described her as "Indian Actress, producer, philanthropist, and entrepreneur Deepika Padukone, is a huge star in her country. Actor, producer, philanthropist, and entrepreneur from India. With over 30 feature films to her credit, she made her English language film debut as the female lead in xXx: The Return of Xander Cage, co-starring with Vin Diesel. She is also the principal of Ka Productions, the production company behind Chhapaak and '83, in which she also starred, as well as the upcoming film The Intern. Credits include Gehraiyaan and Padmaavat, as well as the award-winning and critically acclaimed film Piku. In 2015, she set up The Live Love Laugh Foundation, whose programs and initiatives aim to destigmatize mental illness and raise awareness about the importance of mental health. In 2018, Time Magazine named her one of the 100 Most Influential People in the World."

Meanwhile, Cannes 2022 will kick-start from today evening and will be continued till May 28.