Foundation Trailer: All Eyes On Kubbra Sait In Apple TV Plus' Sci-Fi Series

Foundation Trailer: Apple TV Plus dropped the trailer of the upcoming series on Monday 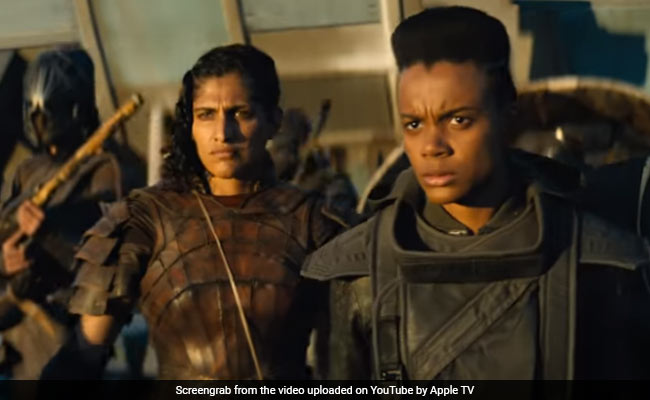 A still from the trailer of Foundation featuring Kubbra Sait.(Image courtesy: YouTube)

Apple TV Plus, on Monday, dropped a new trailer of their upcoming sci-fi series Foundation. The series that is based on the epic books by Isaac Asimov also feature Bollywood actress Kubbra Sait. The storyline of the series is set in a galactic empire with a band of exiles being on the quest to save the humanity. The exiles are led by Jared Harris' character Dr Hari Seldon. As the trailer begins, we can see Jared Harris predicting a fall of the civilisation. "You can't save yourselves, but you can save your legacy," he says in the trailer. Jared and his band of exiles then begin with their attempts to rebuild the civilisation. Kubbra Sait has a fleeting appearance in the trailer but we get a view of her character clad in armour. She also shared the trailer on Instagram and wrote: "Foundation - 9.24.2021. Stoked! Thrilled! Relieved! Here it is... for posterity."

The series also feature Lee Pace in a pivotal role of Brother Day, who is the emperor of the ruling Cleons. The series hosts an ensemble cast which includes Leah Harvey, Lara Birn, Lou Llobell and mother. The trailer gives us a glimpse of some stunning action sequences.

Screenwriter of the Dark Knight trilogy, David S Goyer serves as the showrunner and executive producer of Foundation. David Goyer is also known for his work on the script of Man Of Steel.

Check out the trailer of the series here:

The first trailer of Foundation was released by Apple TV Plus in June last year.

Take a look at the first trailer of Foundation here:

The first season of the series include 10 episodes. The initial three episodes of the series will begin premiering on Apple TV Plus from September 24. The following episodes will be released every week on the OTT platform.

On 2nd Anniversary, Sophie Turner And Joe Jonas Take Us Inside Their Dreamy Wedding In France