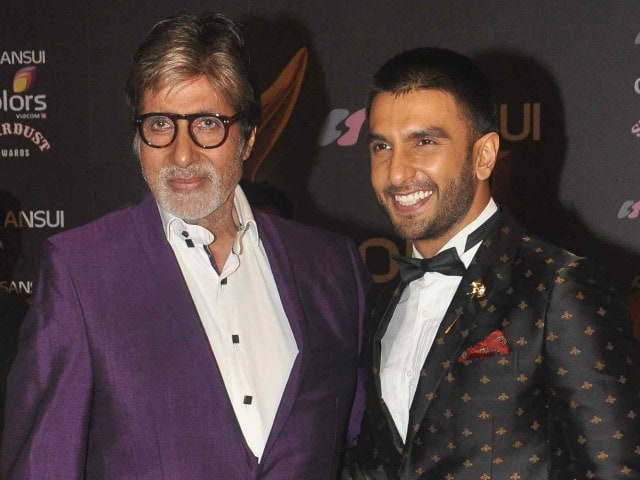 New Delhi: Birthday boy Ranveer Singh, 31 on Wednesday, posted this picture of himself reading wishes sent to him on social media.

Reading all your messages
Thank you everyone!!!!
I can't handle it ya pic.twitter.com/d8VFM8MN6p

We'd like to think the reaction was prompted by Amitabh Bachchan's tweets:

Happy birthday bro @RanveerOfficial :)))
Have an amazing befikre year ahead

Ranveer Singh made his debut in 2010 with Band Baaja Baarat with Anushka Sharma and has risen to become one of Bollywood's top actors as much for his talent on screen as his flamboyant persona off it. Ranveer Singh will next be seen in the Aditya Chopra-directed Befikre with Vaani Kapoor