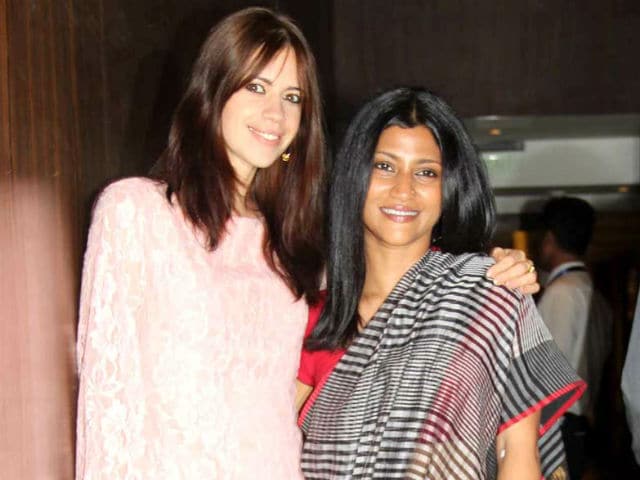 Kolkata: Actress Kalki Koechlin, who plays the role of an Anglo-Indian woman in Konkona Sen Sharma's film, had to learn the Bengali language for the film.

"I had to learn Bengali for the film as I am playing a woman who is half Bengali. There are some Bengali words in the film," Kalki told PTI.

Konkona will be making her debut as a director with A Death In The Gunj, which also stars Ranvir Shorey, Vikrant Massey, Om Puri and Tanuja apart from Kalki.

The film traces the journey of five individuals who are on a holiday.

It was shot extensively in McCluskieganj town, near Ranchi, which was once famous for its considerable population of the Anglo-Indian community but has gradually dwindled in numbers after the sixties.

"There is one scene in the film where everyone is singing the famous Bengali song Dhitang Dhitang Bole. I had to learn it by heart. It was fun and interesting. Bengal has such a rich culture," added Kalki.

Born to French parents in Puducherry, which was once a French colony, the actress who is playing a 34-year-old woman called Mitali, said that she could relate to her character because of the French connect. The shooting of the film is over and it is now being edited.

Kalki, who has done critically acclaimed films like Margarita, With a Straw, Dev D and That Girl in Yellow Boots, will soon be seen in Waiting along with Naseeruddin Shah.

The film is about a special relationship between two people from different walks of life who befriend each other in a hospital while nursing their respective comatose spouses.

"In the film, my marriage is just five weeks old while Naseer's marriage is 40 years old. He is a philosophy professor while I am a social media addict, advertising girl who is dramatic and throws tantrums all the time. We both belong to two different worlds," said Kalki.

Is Kalki happy with the roles which she is getting?

"I am happy but it is very unpredictable. For nine months, I can be without work as if I will never get work again," said Kalki.

Kalki, who also does theatre, has been writing poetries from childhood, which helped her to organise her thoughts and formulate her thinking process as an actor.

"I also keep going to live poetry performances in Mumbai and also read out my poems sometimes," said Kalki.