Janhvi Kapoor's verified Instagram handle has 1.9 million followers and her oldest insta-entry is from April 2014 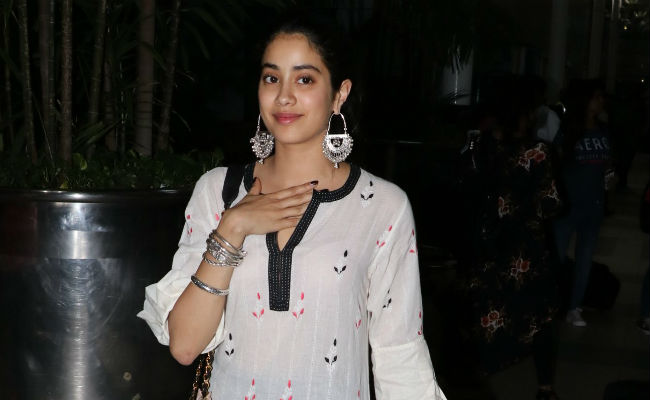 Janhvi Kapoor, star of upcoming film Dhadak, told Harper Bazaar that before making her Instagram profile public, she had deleted most of her posts, reports India Today. Janhvi, the elder of Sridevi and Boney Kapoor's two daughters, had a private Instgaram account before her debut film was formally announced in November 2017. On the day the first posters of Dhadak went online, Janhvi opened her Instagram page for everyone and she almost instantly acquired the blue verification tick. "As for my Instagram, I used to have a private profile and then I was told I need to open it up, so I deleted everything to start from the beginning," she was quoted as saying. As of now, Janhvi's Instafam comprises 1.9 million followers and her oldest insta-entry is from April 2014.

Janhvi's sister Khushi and some of her cousins such as Shanaya Kapoor (daughter of Sanjay and Maheep Kapoor) still maintain private Instagram profiles. The other Kapoor children such as Sonam, Arjun, Harshvardhan, who are bona fide actors, are quite active on social media. Arjun's sister Anshula is an exception, who manages open Instagram and Twitter profiles, despite not being in films.

In fact, many celebrity kids such as Shah Rukh Khan's daughter Suhana and Kajol's daughter Nysa are active on Instagram but they prefer to keep their updates private. Suhana's friend Ananya Panday, like Janhvi, changed her Instagram settings recently after her debut film (Student Of The Year 2) was announced.

Social media is undoubtedly an asset when it comes to dissemination of information especially regarding upcoming projects. Though several celebrities such as Kareena Kapoor Khan, Ranbir Kapoor and Saif Ali Khan among others maintain distance from social media most of the Bollywood has embraced it as a tool for their film promotions.