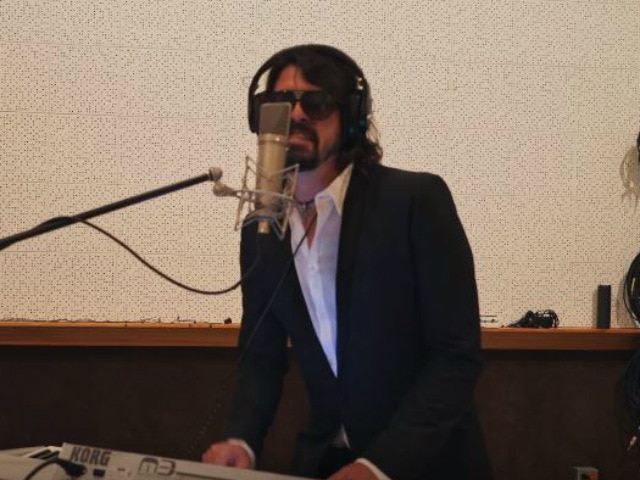 Dave Grohl in a still from the video shared on YouTube .

New York: After a growing online buzz and chatter about the band's future, Foo Fighters have some news - they are staying together.

Foo Fighters, one of the defining acts of the 1990s alternative rock boom, had become a trending topic on social media Wednesday after stating sternly that they would soon make an "official band announcement."

Later in the day, Foo Fighters released a seven-minute video on YouTube with repeated - but, on closer look, over-the-top - suggestions that the band is over.

The video ends with a caption that reads: "For the millionth time, we're not breaking up."

The video opens with a parody interview of frontman Dave Grohl, earlier the drummer of grunge legends Nirvana, as the 47-year-old is told that the younger generation is all about electronic music.

"One button? One finger?" Dave asks incredulously on what he needs to do to play electronica, as he blows on his hand to warm it up and heads to a keyboard.

Meanwhile, the other band members convene to find a new singer and jot down an audition list to include Justin Bieber and the Canadian pop celebrity's new electronic producer, Diplo.

The band apparently decided to raise expectations of a breakup and put on the spoof after drummer Taylor Hawkins, speaking at an event around the Grammy Awards, said that Foo Fighters needed a break.

Despite the denial of a breakup, it remains unclear when Foo Fighters will perform again.

The band ended an extensive tour in November and released a free EP dedicated to victims of the November 13 terror attacks in Paris as it hinted at a hiatus.

"I can't help but wonder when we will see each other again. Who knows? But, with everything Foo Fighter related, it will only be when it feels right," Dave said at the time. (Also Read: Oscars 2016: Saeed Jaffrey, David Bowie, Alan Rickman Remembered)