First Poster of The Jungle Book, With Ben Kingsley as Bagheera 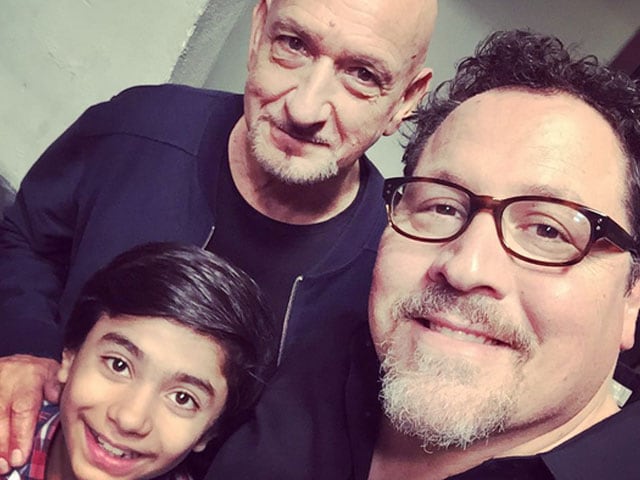 This image was posted on Instagram by Jon Favreau

New Delhi: Disney has released the first poster of its live action version of The Jungle Book, expected next year.

The rest of the cast features a dream line up of actors - Bill Murray plays Baloo the bear, Idris Elba is the villainous Shere Khan, Lupita Nyong'o is the wolf Raksha, Scarlett Johansson plays Kaa the snake and Christopher Walken is King Louie.

The Jungle Book, directed by Jon Favreau, is not to be confused with an origin story being made by Andy Serkis that's scheduled for 2017. It also stars a ridiculously acclaimed cast with Serkis as Baloo, Christian Bale as Bagheera, Benedict Cumberbatch as Shere Khan Cate Blanchett as Kaa, Tom Hollander as Tabaqui the jackal and Naomie Harris as a wolf. Rohan Chand plays Mowgli and Frieda Pinto also has a role.