First Baywatch Pic is of The Rock's Squad. That Means no Priyanka Chopra 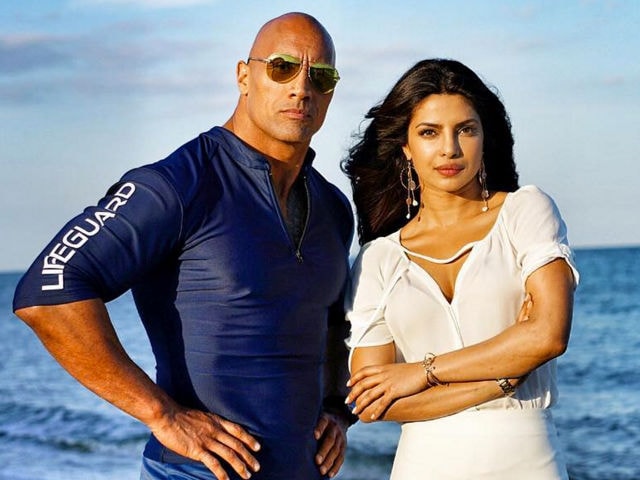 This image was posted on Facebook by Dwayne Johnson

New Delhi: The first still from the new Baywatch film is out and features the squad of lifeguards that star in the movie - that means a Priyanka Chopra-shaped hole among the red since she plays the main antagonist (name of Victoria Leeds, no confirmation on whether she is or isn't a lifeguard).

Here in India, those fans who would bemoan the absence of Priyanka Chopra should take their cue from the 33-year-old actress' reaction to the image:

The Rock also shared the image on Twitter introduced the gang as: "Our dysfunctional, bad ass, awkward and somehow cool lifeguard family. #Baywatch."

Meanwhile, Team Baywatch is missing Priyanka, who is busy filming her television show Quantico in Montreal:

Hi @priyankachopra and @belindapop this guy is waiting for you on set hurry up #Baywatch#BaywatchMoviepic.twitter.com/hAZHo5SM9f

Directed by Seth Gordon, Baywatch hits the screens on May 19, 2017 and will feature David Hasselhoff in a cameo.