No casualties have been reported 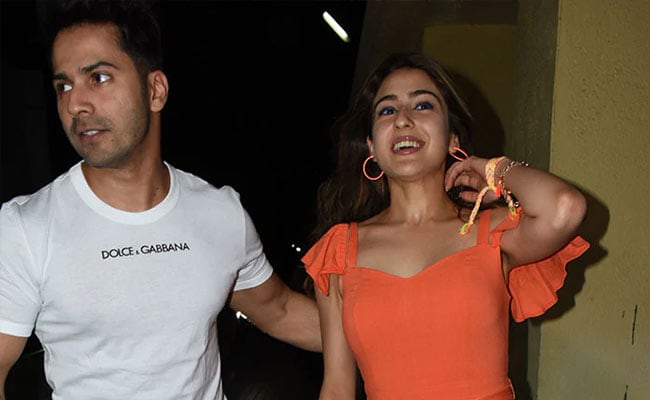 The sets of work-in-progress film Coolie No 1, starring Sara Ali Khan and Varun Dhawan, were ravaged by a fire that broke out early Wednesday morning, reports Mumbai Mirror, which has released footage of the blaze that engulfed Filmistan Studio in the Mumbai suburb of Goregaon. The fire reportedly began at 12.30 am, soon after which fire fighters arrived to put it out. On Wednesday evening, the film's producer Jackky Bhagnani confirmed in a tweet that "no casualties were caused" during the incident and that "the fire was put out immediately." In his tweet, Mr Bhagnani didn't mention what caused the blaze. However, he thanked the firefighters, Mumbai Police and the BMC officials for their support.

"We would like to thank the fire fighters, Mumbai Police and the BMC officials for their immediate assistance, after a concerning situation on the sets of Coolie No 1 The fire was put out immediately with no casualties. I want to thank everyone for their concern and wishes," tweeted Mr Bhagnani.

We would like to thank the Firefighters ,Mumbai Police and the BMC officials for their immediate assistance, after a concerning situation on the sets of #Coolieno1 The fire was put out immediately with no casualties. I want to thank everyone for their concern and wishes

Varun Dhawan revealed last week that steel bottles had replaced plastic ones on the Coolie No 1 set:

Being a plastic-free nation is the need of the hour and great intiative taken by our prime minister and we can all do this by making small changes. The sets of #CoolieNo1 will now only use steel bottles. @PMOIndiapic.twitter.com/T5PWc4peRX

Besides Coolie No 1, Sara will be seen in Imtiaz Ali's untitled film, co-starring Kartik Aaryan, which is said to be the remake of the 2009 film Love Aaj Kal. Simmba remains Sara Ali Khan's last release.

Other than Coolie No 1, Varun Dhawan also has Remo D'Souza's dance based film Street Dancer 3D, co-starring Shraddha Kapoor and Nora Fatehi in the pipeline. Varun was last seen in the period drama Kalank, in which he co-starred with Alia Bhatt, Aditya Roy Kapur, Sonakshi Sinha, Sanjay Dutt and Madhuri Dixit.