Filmfare Awards 2019: Ranveer Singh was asked about his performance when he said: "Wow. I am really nervous about my performance. 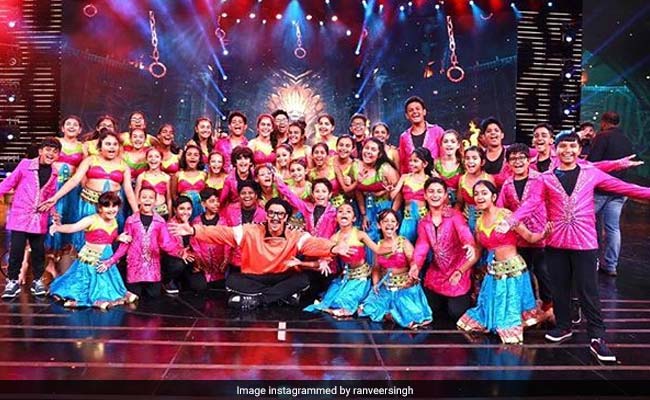 Ranveer Singh, who is one of the hosts for the 64th Filmfare Awards this year, just revealed that no matter how calm he looks, he is rather nervous about his stint on Bollywood's biggest night. In a backstage video tweeted by Filmfare, the 33-year-old actor was asked about his performance when he said: "Wow. I am really nervous about my performance. They are panicking a bit backstage because its time. I'm hosting and I'm performing. So, there a lot of work and I should get to it." The video also offers the first glimpse of Ranveer's look for the night. Known for his flamboyant sense of fashion and quirky wardrobe choices, Ranveer sported a very retro and moustachioed look in a printed satin suit and oversized shades.

Out host, performer and nominee @RanveerOfficial has arrived and here's what the superstar has to say at the #VimalFilmfareAwards. #VimalElaichi@Joypersonalcare@gaursons_india@VLCCindia#MyBeautifulLady#BeautyWithinMe#VLCCpic.twitter.com/EsPYpmMvb6

Ranveer shared a glimpse of his rehearsal for the Filmfare Awards earlier on Saturday and wrote: "JOY-UNIT!" Choreographed by Shiamak Davar, Ranveer Singh is expected to deliver blockbuster performances to popular tracks from his own films.