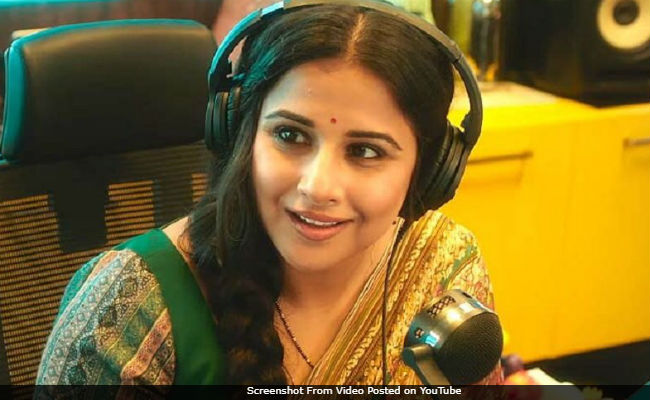 New Delhi: The 63rd edition of Filmfare Awards 2018 was held on Saturday night (January 20) at the NSCI Dome in Mumbai's Worli. Like last year, the star-studded event was hosted by superstar Shah Rukh Khan and filmmaker Karan Johar. Members of the Hindi film industry came together to celebrate the success of the winners and walked the red carpet. Celebs like Akshay Kumar, Ranveer Singh, Parineeti Chopra and other entertained the audiences with their spectacular dance performances. Meanwhile, Vidya Balan and Irrfan Khan emerged as the winners of Filmfare Awards 2018. Vidya received the Filmfare Best Actor in Leading Role (Female) Award for Tumhari Sulu while Irrfan won the Best Actor in Leading Role (Male) award for Hindi Medium.

.@vidya_balan grooves to her song before receiving her award for Best Actor (Female) from #Rekha and the #JioFilmfareAwards. pic.twitter.com/Ua6YwCOqcZ

What a moment! @RajkummarRao wins the black lady for the Best Actor (Critics) for his performance in Trapped. pic.twitter.com/vrQIYr8C5a

Konkona Sen Sharma won the Best Debut Director Award for A Death In The Gunj. She received the award from Jaya Bachchan and Sonali Bendre.