"Feels Like It's Been 22 Years Since The Lockdown Began": Ajay Devgn Shares Throwback Pic With Wife Kajol 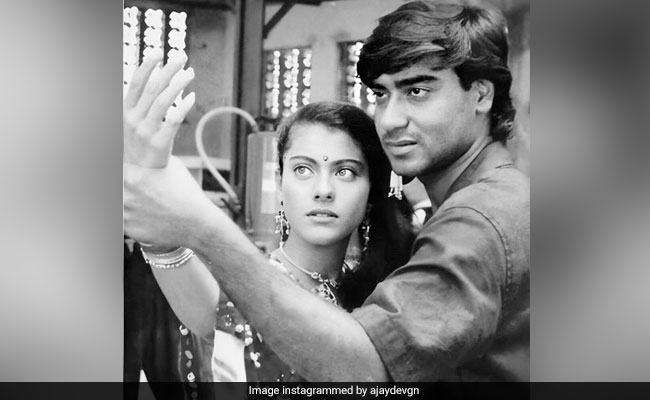 Ajay Devgn never leaves a chance to crack his fans up on social media. In case you are wondering why we are saying this, here's the reason. The actor made the best use of flashback Friday by sharing a priceless throwback picture and adding a dash of humour to his post, in which he sort of compared his and wife Kajol's companionship of 22 years to lockdown. Sharing an old picture of himself and Kajol from one of their films, Ajay hilariously wrote: "Feels like it's been twenty-two years since the lockdown began. #FridayFlashback" and tagged Kajol in his post. Here's the post we are talking about:

Feels like it's been twenty two years since the lockdown began. #FridayFlashback @kajol

Kajol and Ajay Devgn met on the sets of Hulchul and later got married in the year 1999. They have worked together in several films such as Gundaraj, Ishq, Dil Kya Kare, Raju Chacha, Pyaar Toh Hona Hi Tha and Tanhaji: The Unsung Warrior. The couple welcomed their daughter Nysa in 2003 and their son Yug was born in 2010.

On the work front, Ajay Devgn was last seen in Tanhaji: The Unsung Warrior. He has a couple of films in the pipeline including The Big Bull, Maidaan, Sooryavanshi and Bhuj: The Pride Of India.