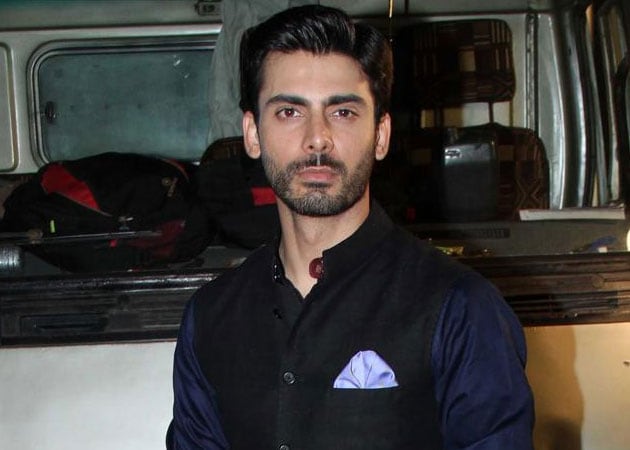 Fawad Khan has a great fan following in India

Fawad Khan is not even one film old in Bollywood, but the Pakistani heartthrob has already managed to acquire a formidable fan base in India, judging from his popularity on social networking sites.

He is a big name back home, thanks to his roles in TV shows like Zindagi Gulzar Hai, Dastaan and Humsafar and films like Khuda Kay Liye. His fame has now transcended the border and he has hit a chord with Indian audiences with the same shows which air on the relatively new Indian television channel Zindagi.

Set to make his Bollywood debut with Khoobsurat, a remake of the 1980 super hit film, he plays the role of a stiff lipped royal opposite actress Sonam Kapoor.

So, just who is Fawad Khan? Born on November 29, 1981 in Lahore, Fawad started out as a lead singer in a band called Entity Paradigm. He released his first album, Irtiqa in 2003, which earned him widespread critical acclaim. In 2000, Fawad made his television debut at the age of 19 in the serial Jutt and Bond. He subsequently went on to becoming a highly successful actor with his television serials.

Fawad made his film debut with 2007's Khuda Kay Liye. The film turned out to be a blockbuster and was one of Pakistan's highest grossers that year. This was followed by a role in Armaan (2013) for which he won Tarang Housefull Award for Best on screen Couple with Aamina Sheikh. Besides Khoobsurat, Fawad has reportedly signed a Pakistani film that will be shot in Lahore towards the mid of 2014.

Other than movies, Fawad has also enjoyed a thriving career in modelling, which began when he was just thirteen. He also walked the ramp at the India Bridal Fashion Week. He has also appeared in a number of commercials including Servis Shoes, Mobilink, QMobile, TUC Biscuit and Clean & Clear Shampoo.

Promoted
Listen to the latest songs, only on JioSaavn.com
The adulation notwithstanding, Fawad is happily married and says he enjoys a very trusting and stable relationship with his wife of eight years, Sadaf. The couple have a son Ayaan.

It seems that Fawad has made the cross-border transition to Bollywood rather smoothly. Now all eyes are on whether Pakistan's Prince Charming will sweep the Indian audiences off their feet with Khoobsurat which releases on September 19.

"Uday Chopra And I Dated For 5 Years," Reveals Nargis Fakhri. Here's Why She Decided To "Keep Quiet"