Fate Of The Furious Box Office Report: Vin Diesel's Film Has Made Rs 22 Cr So Far 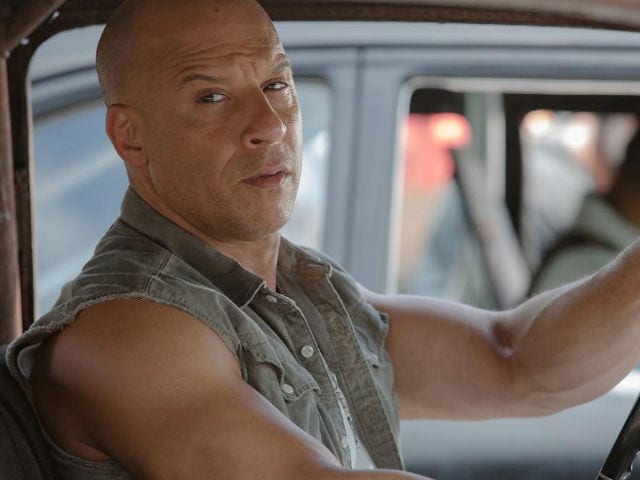 Fate Of The Furious Box Office Report: Vin Diesel in a film still

New Delhi: Hollywood film Fate Of The Furious, also called Furious 8, is way ahead in the box office race compared to Bollywood's Begum Jaan, which released on Friday and stars Vidya Balan in lead role. Fate Of The Furious raced to the screens on Thursday with preview show on Wednesday. Therefore, the film, co-starring Vin diesel and Dwayne Johnson, has a two-day lead. The eighth film in the Fast & Furious franchise collected Rs 8.50 crore from Wednesday preview and Rs 14 crore on Thursday, reported trade analyst Taran Adarsh . The official figures of the film's Friday collection are not out yet, but Taran Adarsh said that it has made a dent on Begum Jaan's collection, which is a mere Rs 3 crore on the opening day.

Taran Adarsh gave day-wise break up of Fate Of The Furious' collection:

Taran Adarsh said that the film is all set for a "record-smashing extended weekend" and the story is pretty much similar abroad. Variety magazine wrote: "The Fate of the Furious is destined for the box office record books." The film is estimated to clock in over $100 million over the weekend. The film released in US on Wednesday and since then has made around $ 50 million.

Variety reports that Fate Of The Furious may be the second highest launch in the series' history but may find it difficult to beat the earnings of its predecessor Fast 7, which opened to nearly $147.2 million. The film's lifetime collection stands at $ 1.5 billion worldwide. Fast 7 released two years after the death of actor Paul Walker.

Promoted
Listen to the latest songs, only on JioSaavn.com
Watch the trailer of Fate Of The Furious:


Fate Of The Furious also stars Dwayne Johnson and Charlize Theron. In this film, Dom (Vin Diesel) seems to have changed his allegiance and is working with a cyberterrorist Cipher (Charlize Theron).

Priyanka Chopra Was Asked If She Will Bring Team Baywatch To India. What She Said