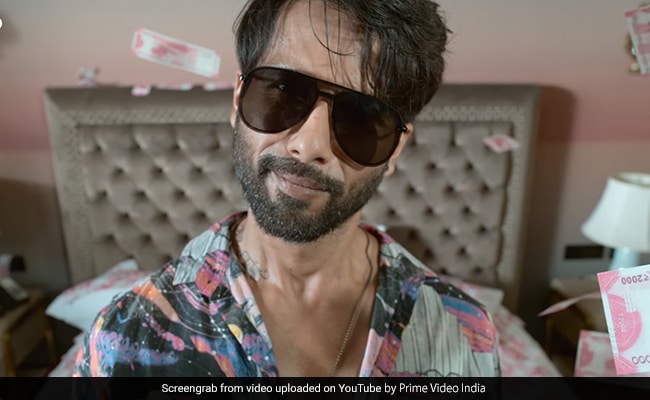 Shahid Kapoor in a still from Farzi trailer. (courtesy: YouTube)

The trailer ofFarzi is as crisp as freshly minted notes - real or fake, you won't know. The trailer begins with Shahid Kapoor sleeping in a bed full of money. At the beginning of the trailer, we get an idea of Shahid Kapoor's obsession with money - which is loud and clear. The actor says that he wants to earn so much money that he doesn't have to respect it. His mission is a little twisted. He decides to design fake currency, which shakes up the world ( and law). His motto is clear - "If you can't change the rules, change the game." Enter Vijay Sethupathi, who is here to unveil the truth of "farzi" (fake) currency. His job is not the easiest but he does have his own ways of paving the way. In the trailer, we also get a glimpse of Kay Kay Menon, Rashii Khanna and Kubbra Sait.

The sheer conviction with which Shahid Kapoor lies to the world - even his own grandfather, shows how dedicated he is to his masterplan.

Check out the trailer of Farzi here:

Created and directed by Raj and DK and written by Raj and DK, Sita R Menon, Suman Kumar,Farzi has been produced by D2R Films. The series is slated to release on February 10, 2023 on Amazon Prime Video.