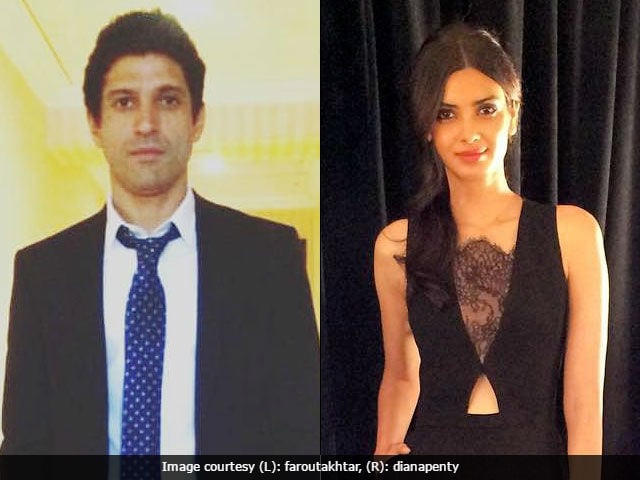 Diana and Farhan have teamed up for the first time (Image courtesy (L): faroutakhtar, (R): dianapenty)

New Delhi: Nikhil Advani's next venture titled Lucknow Central is scheduled for release on September 15. The film features Farhan Akhtar and Diana Penty in lead roles. Lucknow Central is a comedy film which shows the journey of a small town man, whose circumstances land him up in jail. The movie also stars Gippy Grewal, Deepak Dobriyal, Ronit Roy and Rajesh Sharma in key roles. Nikhil Advani, producer of the film, told news agency IANS: "We are extremely excited about this project as it's a very unique concept set against the backdrop of a jail and its inmates. The stellar ensemble cast adds further charm and intrigue to the film and we can't wait to bring this captivating drama to the viewers."

Ranjit Tiwari will mark his debut as a director with Lucknow Central. He has previously assisted Nikhil Advani in films such as - D-Day (2013), Hero (2015), Katti Batti, Guddu Engineer and a television show titled P.O.W.- Bandi Yuddh Ke.

Farhan Akhtar was last seen in Rock On 2 co-starring Shraddha Kapoor, Arjun Rampal, Purab Kohli, Shashank Arora and Prachi Desai. The film, directed by Shujaat Saudagar, was a sequel to the 2008 movie Rock On!!. It was co-produced by Ritesh Sidhwani and the Dil Dhadakne Do actor.

Promoted
Listen to the latest songs, only on JioSaavn.com
Lucknow Central is currently under production.