"Love you more than you know," wrote Farhan 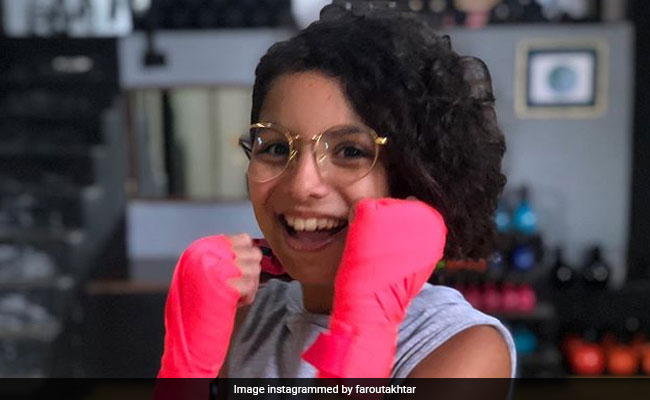 Farhan Akhtar's daughter Akira turned 13 on Wednesday and the actor made the day extra special for her by wishing her on social media. The 46-year-old actor posted an absolutely adorable picture of his daughter, in which she can be seen posing like a boxer. Going by the photo, it appears that Akira is inspired by his father, who will be seen playing a boxer in his upcoming film Toofan. It's not only Farhan's post but also his caption that will bring a smile to your face. He wrote: "Bring on them teenage years... Happy birthday, Akira. Love you more than you know." Akira is Farhan Akhtar and ex-wife Adhuna Bhabani's younger daughter. The former couple are also parents to daughter Shakya.

Bring on them teenage years .. Happy birthday Akira. Love you more than you know.. @akiraakhtar

Farhan married Adhuna, a celebrity hairstylist, in the year 2000. They divorced in April 2017. The actor frequently shares pictures of his daughters on social media. Remember the one that Farhan posted last month? The picture featured Akira and Shakya with their grandfather Javed Akhtar. Farhan posted the photo on his father's birthday and wrote: "75 years of 'Jadoo' ... Love you pa. Happy birthday."

Happy Children's Day @chatdelalune @akiraakhtar .. always remain the awesome twosome that you are. Love you.

And here are some other pictures of Akira and Shakya that Farhan Akhtar has shared on social media:

Happy daughters day .. I love you @chatdelalune @akiraakhtar to the moon and back.

On the work front, Farhan Akhtar was last seen in The Sky Is Pink, in which he co-starred with Priyanka Chopra. His next release is sports drama Toofan, directed by Rakeysh Omprakash Mehra. The film will also feature Paresh Rawal.