Farhan Akhtar Was 'Not Intimidated' to Work With Big B. Here's Why 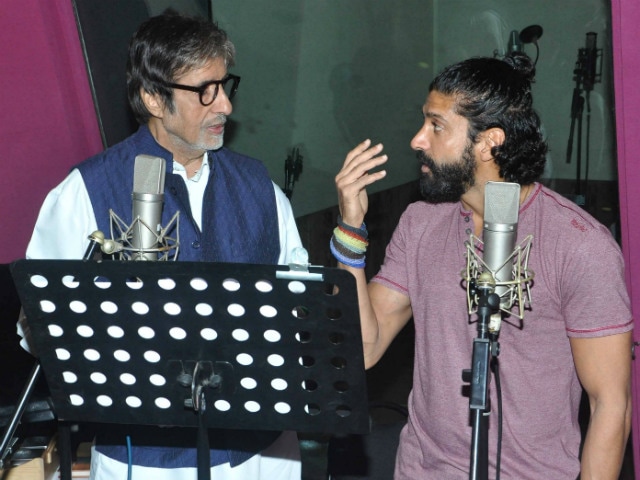 Farhan and Big B photographed at a recording studio in Mumbai.

New Delhi: Actor-director Farhan Akhtar, who will be seen sharing screen space with veteran actor Amitabh Bachchan in the film Wazir, said that he was really excited and anxious to work with him in the forthcoming movie.

When asked if it was intimidating to work with Big B, Farhan told reporters here: "It was not intimidating. I was really excited (to work with him). So that was the predominant kind of emotion."

"Anxious to a certain degree of course, because you kind of want to be there with him because you know what he is capable of doing. So I was just anxious about that. I think those were the two main things," Farhan added.

Farhan, who directed the 73-year-old thespian in 2004 war drama Lakshya, said that he had an "out of body experience" on the "first day of shoot" with Amitabh.

The 41-year-old actor will be seen playing the role of an Anti-Terrorism Squad (ATS) officer named Daanish Ali in Wazir.

Wazir is slated to hit screens on Friday.