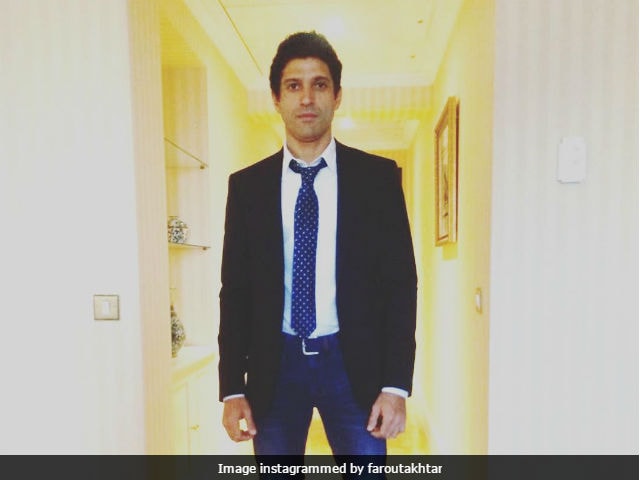 New Delhi: Actor-filmmaker Farhan Akhtar expressed his desire to start working on the third installment of the Don film series soon. The 43-year-old actor engaged in a Facebook Live chat with his fans on Monday to promote an environmental initiative with channel National Geographic. In the chat, Farhan Akhtar was asked by one his fans if he would consider filming the sequel to the 2011 movie Don. The Bhaag Milkha Bhaag actor replied: "Soon I hope. Different things are happening right now, work related. You will hear about it soon." Don, directed by Farhan Akhtar, was a remake of the 1978 film of the same name. The film featured Shah Rukh Khan and Priyanka Chopra in lead roles.

Don, released in theatres on 20 October 2006, was well received by film critics. The film won Best Asian Film at the Neuchatel International Fantastic Film Festiva and also nominated for nine awards at the 52nd Filmfare Awards, including nominations for Best Film and Best Actor.

In 2011, a sequel to the film was released, titled Don 2. The film was screened at the 62nd Berlin International Film Festival. Don 2 received a number of awards, including two Filmfare Awards - Best Sound Design and Best Action.

Farhan Akhtar last featured in Rock On 2. The film, which was a sequel to the 2008 movie Rock On, also featured Arjun Rampal, Shraddha Kapoor, Purab Kohli, Shashank Arora and Prachi Desai in lead roles. The film was partly shot in Meghalaya.During the chat, Farhan was asked if he would like to northeast India again, to which he replied: "I would love to visit the northeast again. It's such a great place. The time when we were shooting Rock On 2 there. nature in that part of the world is just phenomenal. To be there and to be able to breathe all that fresh air would be amazing."

Promoted
Listen to the latest songs, only on JioSaavn.com
Farhan Akhtar will next be seen in Nikhil Advani's Lucknow Central.