"No wonder we named her Diva," wrote Farah Khan 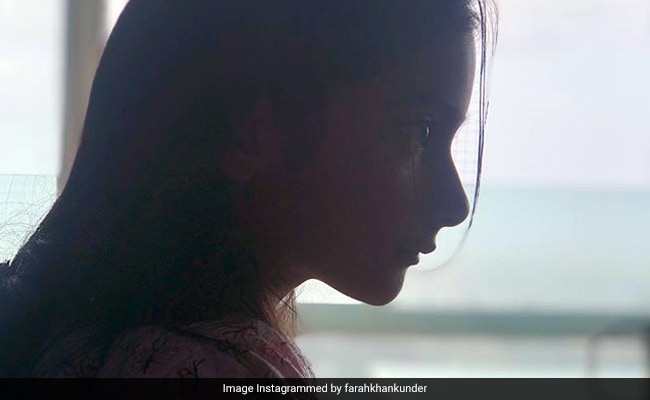 Farah Khan is enjoying her time with her kids and the filmmaker just made our day by sharing an adorable picture of her daughter Diva Kunder on her Instagram profile. Sharing the picture, Farah said that Diva is her "morning muse" and she wakes up with "grace" everyday. "My morning muse... She wakes up like this... In grace... No wonder we named her Diva," wrote Farah Khan and we couldn't agree more with her. The director's latest post grabbed much attention on the Internet with many celebrities admiring the beauty of her daughter. Earlier in the day, Farah also shared Instagram stories where she could be seen enjoying a meal with daughters Diva, Anya and son Czar.

But first, take a look at her post for her daughter:

My morning muse.. she wakes up like this.. in grace.. no wonder we named her Diva..#diva #muse #daughters

Meanwhile, in her stories on Instagram, Farah shared her "babies day out" moment and she could also be seen relishing food with her kids at a restaurant in Mumbai. She gave us a glimpse of her daughters enjoying ice-cream and her story shows that free ice-cream is always welcomed with a big smile. True! 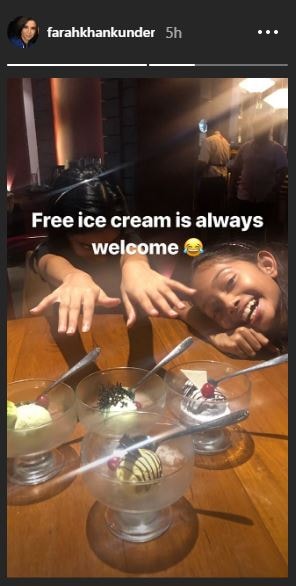 On the work front, Farah is busy with her next production Mrs Serial Killer. The film is written and directed by Farah's husband Shirish Kunder and it will go live on Netflix later this year. The project, which marks Farah's debut into the digital zone, will feature Jacqueline in the lead role. Farah is also prepping for an untitled film with director Rohit Shetty and it is reported that Shah Rukh Khan will be a part of it.