The ruthless section of the Internet has also found their ways to troll actress Aishwarya Rai Bachchan and Kareena soon after they became mothers. 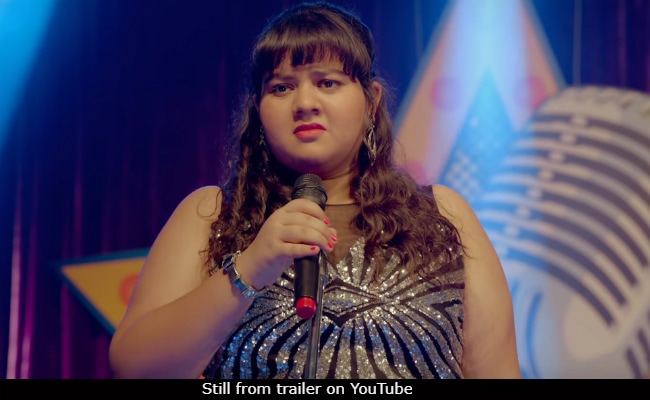 In the light of celebrities being trolled for their body types on social media, we have a film that boldly brings the pressing issue of body-shaming to the forefront. In a bold move by the makers, Fanney Khan, starring Anil Kapoor, Aishwarya Rai Bachchan, Rajkummar Rao and Pihu Sand, highlights the negative impacts of body-shaming, something which is often reiterated by Bollywood celebrities. In a recent media interaction, Anil Kapoor termed body-shaming as a "curse" citing his daughter Sonam Kapoor's fat-to-fit story. Sonam, who once weighed 86 kilos, lost over 30 kilos for her Bollywood debut Saawariya. Actors like Bhumi Pednekar, Vidya Balan, Ileana D'Cruz, Zarine Khan, Sonakshi Sinha and Parineeti Chopra have also often shared about being subjected to vehement body-shaming.

The ruthless section of the Internet also found their ways to troll actress Aishwarya Rai Bachchan and Kareena Kapoor soon after they became mothers. In 2012, negative criticism was hurled at Aishwarya for her post-pregnancy weight when she walked the red carpet in Cannes just months after Aaradhya was born. Kareena Kapoor, who has quite a bit of a reputation for being the fitness freak she is, was also targeted with body-shaming comments after she welcomed Taimur in December 2016. Shilpa Shetty, who is mother to six-year-old son Viaan told IANS last year: "As an actress, I can understand the emotion and pressure on her, especially when she is the synonym of a fit body. I had the same pressure when I became a mother. I didn't get out of the house for five months."

However, Kareena, who featured in headlines for shedding the post-pregnancy weight within a brief period to resume her work commitments, was also skinny-shamed as she walked the ramp for Manish Malhotra at a fashion show in Singapore earlier this year. Haters also asked Deepika Padukone to "eat a burger" for looking "malnourished" after she featured in a photoshoot for Maxim. In her recent Instagram stories, actress Ileana D'Cruz also spoke about having been body-shamed several times and added: "But I am trying to learn to love myself for who I am and not try to conform to someone else's ideals." In the past, Ileana has opened up about struggling with body dismorphic disorder and depression.

Zarine Khan, who once weighed 100 kilos, said body-shaming never affected her because: "When I was more than 100 kg, I was often body-shamed and bullied. However, none of this ever bothered me. It didn't bother me then and doesn't bother me now. I have always been extremely strong-willed and will never shy away from talking about how I feel," reported IANS.

Sharing about her transformation in 2016, Parineeti Chopra had mentioned how she was once slammed for not fitting into Bollywood's definition of slim. The same year, Sonakshi Sinha also mentioned how she handles those who are overenthusiastic about commenting on her weight " "Nobody is allowed to tell you how you are to look. Secondly, youngsters read this stuff. They are at an impressionable age, they are being bombarded - 'you need to look like this.' I am clear I need to project a healthy body. Even if am targeted, I don't allow them to raise a finger, be it my work or personal space," she told NDTV.

In an earlier interview to PTI, Pihu Sand said she was really inspired by Bhumi Pednekar's role in Dum Laga Ke Haisha - she played an obese housewife in the film. According to ANI, Bhumi also shared her very own brush with body-shaming and said: "I think all the criticism came right after my first film. I just stood there but made sure none of the negativity stays back. The fact that I played the role clearly states how I feel about body shaming," ANI added Bhumi as saying. Bhumi had admittedly and visibly put on extra kilos for her role in the film, which co-starred Ayushmann Khurrana as her husband. The 2015 film won the Best Feature Film (Hindi) National Award. Pihu Sand has put on 20 kilos for her role in the film.

Actress Vidya Balan, who has portrayed bold roles in films like The Dirty Picture and Ishqiya, said: "Wherever you go, I think people are very body-obsessed today. 'Moti' is not an expletive for me. But I don't like it when people comment on my body. Because if I talk about your brain. Brains don't sell, that's why we don't talk about it. We have no right to comment on anyone's appearance," reported ANI. However, she has her own mantra to deal with body-shamers: "This has happened many times with me. When they see me happy, they are confused. As women, when you are successful, this is a way to drag you down. And I don't give anyone that power."

Pihu Sand plays Lata Sharma, Anil Kapoor and Divya Dutta's onscreen daughter in Fanney Khan, who appears to be a brilliant singer but reality platforms are not ready to acknowledge her talent because the idea of body-shaming steps in. Lata, who is visibly overweight, is dismissed as "fat" when on stage and made fun of her name Lata at a reality show, reveals the trailer.

Directed by Atul Manjrekar, Fanney Khan is all set to hit screens on August 3.