Jennifer Aniston - always sassy and never out of style, much like her character Rachel Green 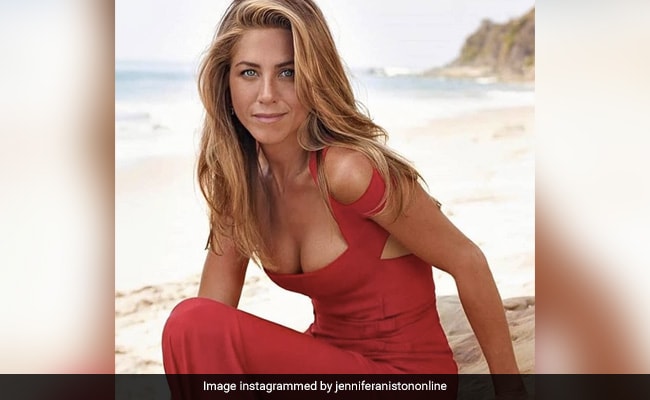 The curious case of Jennifer Aniston, 52, continued with the F.R.I.E.N.D.S Reunion airing on Thursday. The episode began with a jovial mood and excitement and it did have emotional moments too. But we are happy and so we'll stick to all things nice only. Which brings us to the evergreen Jennifer Aniston, who played the role of Rachel Green - a rich girl, who makes it big in the fashion industry after serving cups of coffee at the Central Perk as a waitress (thanks to Monica Geller for making Rachel chop off her dad's credit cards). Anyway, Rachel Green - the much loves sass queen, with a wardrobe to die for, managed to remain the talk of the town even after 17 long years. Twitter can't help but crush on Jennifer Aniston after watching the F.R.I.E.N.D.S Reunion and count us in too.

"Jennifer Aniston hasn't aged a day" seemed to be a popular thought on Twitter this afternoon and there's absolutely no denying that. See some of the tweets here.

17 years later and Rachel is still so beautiful and hot," read another tweet. Our thoughts exactly.

17 years later and Rachel is still so beautiful and hot. #JenniferAniston

Is she for real?

I swear Jennifer Aniston only gets badder and badder everyday

So damn fine for what #JenniferAnistonpic.twitter.com/iiiTP1nkb8

Jennifer Aniston  made her Instagram debut last year and she posted a selfie with her F.R.I.E.N.D.S co-stars and she captioned it: "And now we're Instagram F.R.I.E.N.D.S too. Hi Instagram." The picture broke the Internet. No kidding.