Billed as a story about powerful women, Apple TV's debut drama fixates on its miserable man. 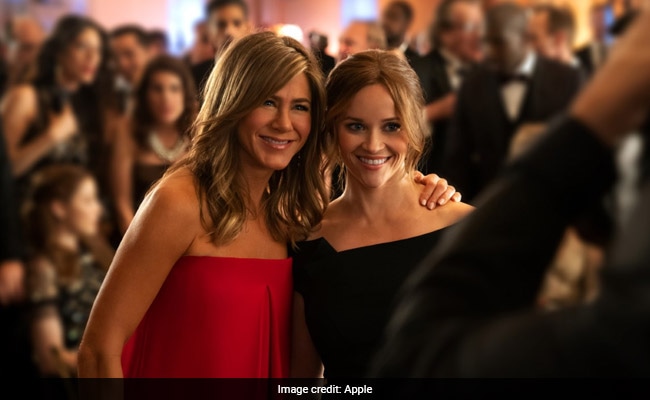 Here's one reason to fork over $4.99 for a subscription to Apple's new streaming TV network: so you can join those of us already trying to figure out how they spent all that effort and money ($15 million per episode, I read) and got two of Hollywood's most powerful women to sign on, co-produce and co-star in a #MeToo-inspired drama series that is somehow so implausibly overblown and poorly envisioned that the one character you wind up relating to - even sympathizing with - is the predatory creep.

Everybody calm down. The Morning Show, the marquee offering from Apple TV+'s long-anticipated launch on Friday, is hardly what I would describe as a car wreck, at least judging by the first three episodes (of 10) made available for this review. It is, however, a conspicuous fender bender, in which ambition has been rear-ended by self-importance, causing it to bump into a dump truck full of cliches.

As a show, it's spread on as thick as it looked to be in all those teaser trailers, a promisingly salacious tale of conflict that gets bogged down by its need to also seem noble. It's reminiscent of Aaron Sorkin's leadenly righteous HBO series The Newsroom, another finger-wagger about the high-stakes, ethically murky world of broadcast news. Keep in mind, there are still viewers out there who thought The Newsroom was fantastic stuff; if you're among them, then The Morning Show will probably soon have you eating out of its hand.

The story itself couldn't be more topical, especially if you happen to think what happens behind the scenes at a network morning show is endlessly fascinating. The intrigue! The tantrums! The tantrums about the tantrums!

Based loosely on the initial revelations of sexual misconduct that wiped Matt Lauer from the face of NBC's Today show in 2017, The Morning Show is set at the fictional UBA network, where longtime morning co-anchor Alex Levy (Jennifer Aniston) gets to work as usual at 4 a.m. to discover that her on-air partner of 15 years, Mitch Kessler (Steve Carell), has been fired for sexual misconduct against women who worked in subordinate jobs at the show. 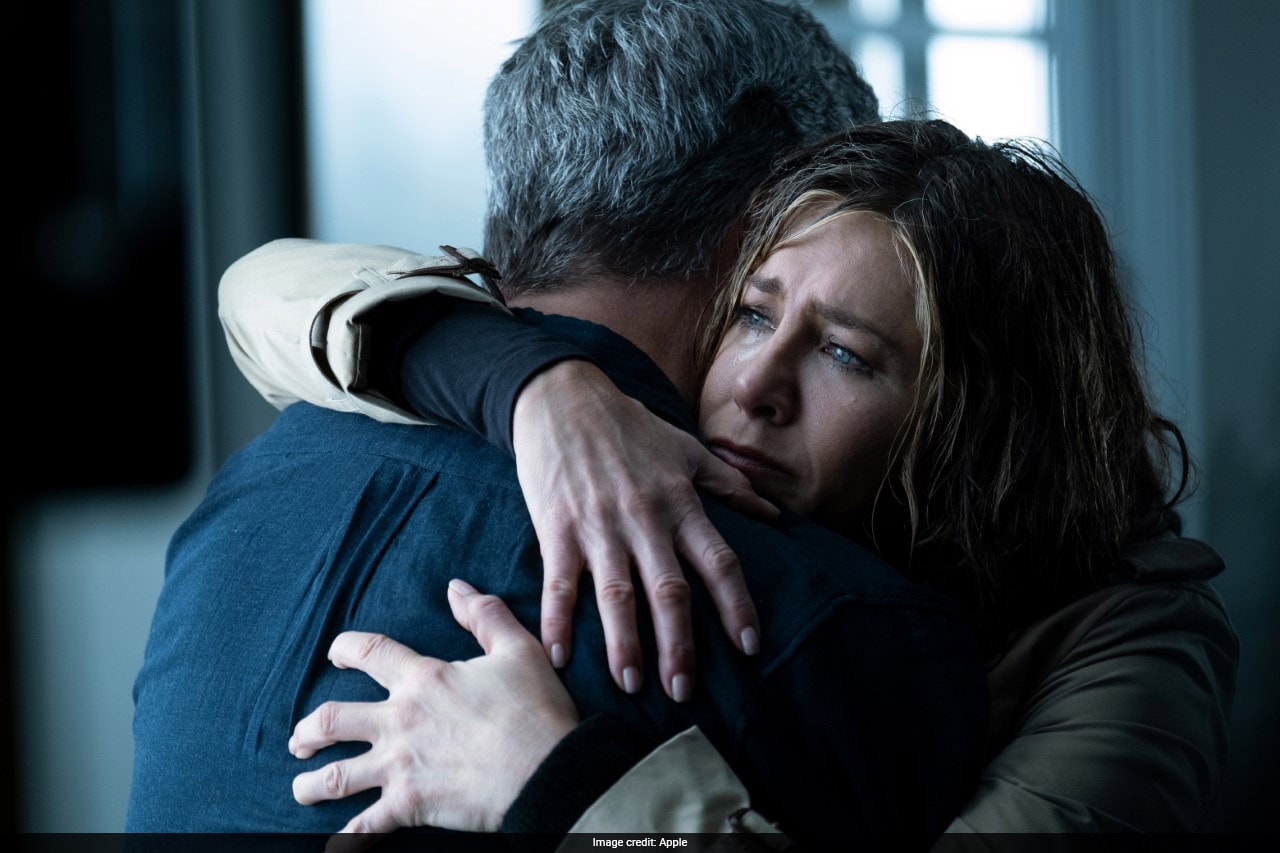 With little in the way of details and the dawning awareness that the network kept the problem secret for some time before taking action (some of which has been leaked overnight to the New York Times), Alex must take the anchor desk alone and tell America the news of Mitch's dismissal - a challenging combination of personal grief and tonally appropriate sympathy for the accusers. Aniston's laserlike eyes bore in on the camera as she portrays Alex handling this task like a pro; the immediate reaction from America is that they are standing with her.

"Too bad you can't throw a crisis at her every day. It turns her lights on," remarks the network's recently named head of the news division, Cory Ellison (Billy Crudup), who quickly proves himself to be the first of many snakes slithering around in "The Morning Show's" pit.

Out in leafy, lofty suburban estateland, Mitch watches Alex's broadcast with blazing indignation, rationalizing his misconduct as nothing more than consensual affairs. He lashes out at his agent, lawyers and crisis consultants, who are gathered in his living room to assess the damage, which is, in every sense, irreparable. Finally, he takes a fireplace poker to the flat-screen, just before his wife tells him she wants a divorce.

Carell wouldn't be cast in this part unless The Morning Show (developed and co-written by Kerry Ehrin, whose work includes Bates Motel, Parenthood and Friday Night Lights) intended to go deep into the private and public torment of such a man: Do the clouds of rage lift long enough for Mitch to admit his wrongdoings? Will he cling to the hope that the world will somehow realize he's the victim here? Can he see and hear what the women are saying through the walls of raging entitlement? Let's put a pin in that for the moment.

Reese Witherspoon, in all her spitfire glory, plays Bradley Jackson, a roving reporter for an apparently conservative-leaning local news chain called Southeast News Network. Unwittingly (or perhaps not), Bradley becomes the news cycle's other big viral sensation when she is seen confronting a pushy protester at a West Virginia coal mine, lecturing him on his ignorance of energy issues as well as the ignorance of coal proponents.

In one of The Morning Show's more overwrought monologues, Bradley's tirade extends itself to the very essence of truth-telling in America. It draws several million shares and the attention of The Morning Show's best booker, Hannah Shoenfeld (Gugu Mbatha-Raw), who pitches an interview with Bradley as a way to distract from the ongoing crisis at the network.

Bradley accepts the show's invitation to come to New York, where she gets grilled, live, over journalistic ethics by a skeptical and grumpy Alex. A crackly chemistry emerges between the women - indicating that a sisterly Savannah-and-Hoda origin story is not in the offing. It feels more like the story of Megyn Kelly's wobbly ascension: Who is Bradley, and what original skill set might she bring to this glass anchor table? Whatever the camera loves about her, Cory is also delighted and immediately begins wooing Bradley for a permanent slot on the show, against the panicked objections of a stereotypically haggard, nerdy executive producer (Mark Duplass as Chip Black).

The Morning Show is "inspired by" a nonfiction book about TV morning shows by CNN media reporter Brian Stelter; Apple announced the series eons ago, and it has since shed its original producer and showrunner, with Ehrin taking over. Early on, it was described as a comedy drama. Now it's just a very serious drama (with a few sharply witty lines thrown in), a kind of fancifully modern "All About Eve" worn inside-out.

Neither Aniston nor Witherspoon paves new ground here, but they're giving better performances than the scripts they've been handed. At one point in the third episode, I began to wonder if they'd been miscast and ought to switch roles for a mightier - and more surprising, satisfying - challenge? I also wondered if The Morning Show has what it takes to steer well clear of the temptation to devolve into glamorous but disappointing fights that pit women against women.

As for Carell's role? A week ago, I reviewed HBO's Mrs. Fletcher and suggested that, as strong as the title character's story is, the slightly more fascinating parts of the series are about her college freshman son's disastrous encounters in a liberal arts atmosphere of gender and racial awareness. That review netted a few angry responses: How dare I take away from the fact that it's a show about a middle-aged woman's life and sexuality?

Sorry to say, then, that the best part of The Morning Show is once again about the awful dude. Carell's Mitch experiences the full effects of cancel culture, although he does have the salve of being a multimillionaire, and the series is rightfully (if perhaps offensively) obsessed with his misery. He tries commiserating with other louts (Martin Short is particularly effective in a cameo as a disgraced but unrepentant film director); he tries to marshal his defenses into an effective comeback plan. As presented so far, The Morning Show is less a standoff between two women and instead hinges on one question: Will men ever listen?

The Morning Show (10 episodes) will be available Friday on Apple TV+, a new subscription streaming service.