Seems like Phoebe and Joey were the closest 'F.R.I.E.N.D.S' after all 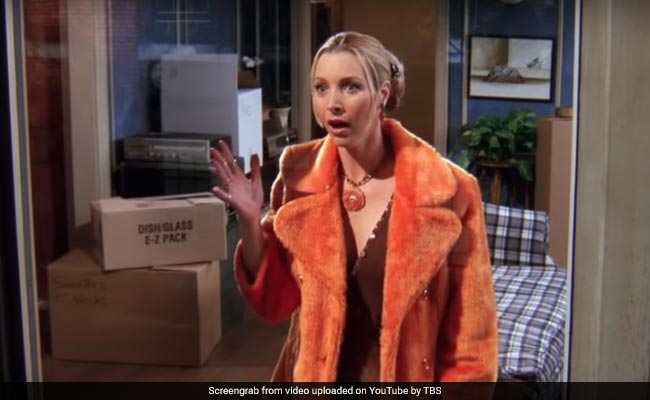 Lisa Kudrow in a still from F.R.I.E.N.D.S. (Image courtesy: YouTube)

Phoebe Buffay is arguably one of the most loved characters in the history of television and anyone who swears by the TV show F.R.I.E.N.D.S would agree that it is hard to imagine anyone else other than Lisa Kudrow playing the breezy character. However, the actress shares a different school of thought. The 56-year-old actress recently made an appearance on Kevin Nealon's YouTube show Hiking With Kevin, wherein she revealed that she "struggled" playing Phoebe till the third season. During a segment of the show, Lisa Kudrow said, "I had played dumb girls but it wasn't really me. I feel like, 'S***, I tricked them in the audition. I was the only one who could cope with the audition process and that's how I got it, I think. So I had to work hard at being Phoebe. In like, the third season in, I was struggling so much."

During another segment of the show, Lisa Kudrow revealed that it was her co-star from the show Matt LeBlanc aka Joey Tribbiani, who helped her throughout. Lisa said, "I remember Matt LeBlanc going, 'What's going on with you?'. And I said, 'I don't think I have it. I don't know what I'm doing'. And he went, 'You're her, relax, you got it. You've been doing this character for three years. You're working too hard, that's your problem. You don't need to work this hard, relax'."

Here's the video from the entire session:

Other than Lisa Kudrow, F.R.I.E.N.D.S also featured Jennifer Aniston, Matthew Perry, Courtney Cox, David Schwimmer and Matt LeBlanc in the main roles. For her performance in the show, Lisa Kudrow won an Emmy Award in the year 1998.

Lisa Kudrow has also featured in Hollywood films like Easy A, Happy Endings, P.S. I Love You and The Girl On The Train to name a few.