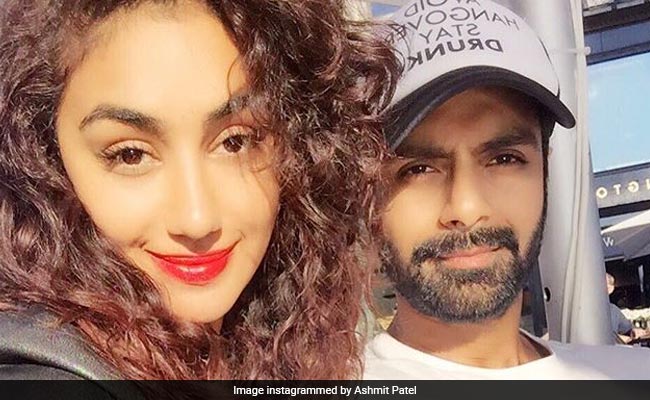 New Delhi: Ex-Bigg Boss contestant Ashmit Patel will soon get married to actress Maheck Chahal. In a recent interview with Pinkvilla, Ashmit revealed his marriage plans and said ""Maybe in August or September" while Maheck told: "We just recently got engaged. We have an apartment that we are renovating at this moment. It will take another four-five months, you know half of the year." Ashmit and Maheck have been dating for a while now and Ashmit proposed to Maheck in August, last year. Ashmit's marriage proposal to Maheck was indeed adorable and happened in Spain. He went down on his knees with a ring in his hand - the photo of which was shared by Ashmit on social media.

Ashmit also shared his wedding plans. He said, "Maheck wants a traditional gurudwara ceremony with pheras, which we will arrange for in Europe, followed by a winter reception in Mumbai."

This is how Ashmit proposed to Maheck.

Recently, Ashmit also revealed about how he planned to ask Maheck for marriage. He said, "I took her to a Belgian café. On the pretext of going to the washroom, I had a little chat with the waiter, who brought the ring in a bowl turned upside down on a plate of strawberries. Surprisingly, instead of the dessert, Maheck wanted to go down to the pier. She pushed the plate towards me. I finally, lifted the bowl off to reveal the ring and went down on one knee. In all the confusion, I forgot to ask her to marry me," Pinkvilla quoted Ashmit as saying.

Of his relationship, Ashmit said, "We've been acquaintances for 14 years, and when Maheck moved back from Norway around three years ago, she joined the same gym that I went to. In this fast-paced world, it's great to have someone to unwind with. I am blessed I found a co-star and partner in her."