Every So Often, Rahul Khanna Takes A Pic Of Himself Shirtless And Instagrams It 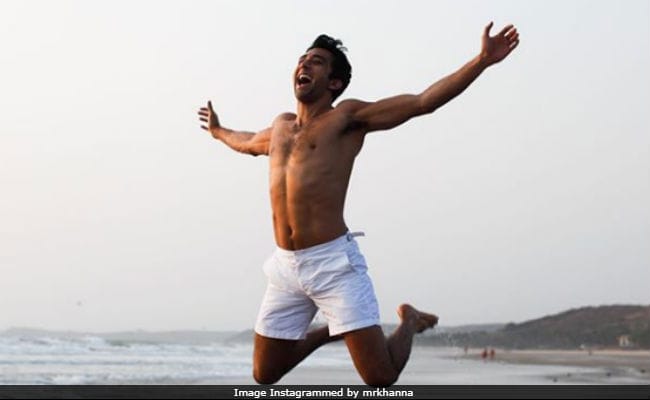 New Delhi: Thank God it's Thursday because Rahul Khanna posted a picture of himself... a shirtless one. The throwback photo is getting lots of love from the Internet (we aren't surprised). "Taking off for #ThrowbackThursday!" Rahul Khanna captioned his post, shared just a couple of hours ago on Instagram. The shirtless picture of Mr Khanna has attracted several comments such as "Already fallen for you. Don't make me fall more. Love" and "my goodness." Our personal favourite - "He wants me to have a heart attack". Rahul Khanna often posts pictures of himself on social media and each of them is equally loved by the Internet.

Here's the shirtless picture of Rahul Khanna. (We advise caution).

Taking off for #throwbackthursday! : @sheetalmall

We have also collated some stylish pictures of him. (You can thank us later).

If you're thinking of being my baby, It don't matter if you're black or white! Happy #valentinesday!

A month ago, news agency IANS reported that Rahul Khanna can make a comeback in Bollywood soon. (Yes, you read that right). "Maybe you will see me soon as there are stuff in the pipeline," he said. He recently walked the ramp during Lakme Fashion Week 2018.

Rahul Khanna is the son of actor Vinod Khanna, who died last April. His brother Akshaye is also an actor and was last seen in Ittefaq.

Promoted
Listen to the latest songs, only on JioSaavn.com
Rahul Khanna made his Bollywood debut with Deepa Mehta's 1947 Earth, starring Aamir Khan and Nandita Das. He has also been part of films such as Bollywood/Hollywood, The Emperors Club, Dil Kabaddi, Love Aaj Kal, Wake Up Sid and Fire Flies, his last film released in 2013. His television work includes appearances on The Americans and the Indian version of 24.