"I never expected that he would become such a great filmmaker not only India, but all over the world," said Nawazuddin Siddiqui 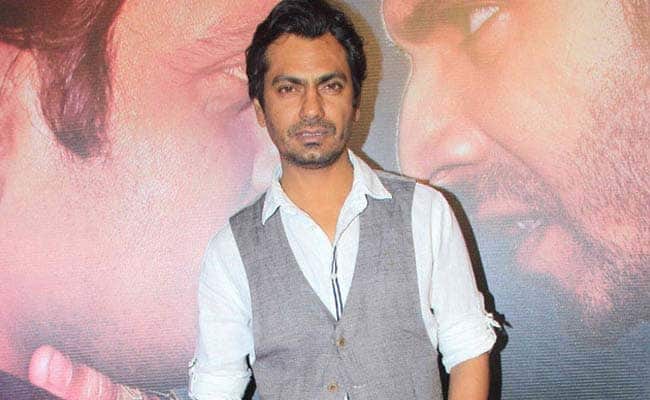 Nawazuddin Siddiqui, who featured in a small role in Rajkumar Hirani's 2003 film Munna Bhai MBBS, responded to the filmmaker's recent comment about his star-status, reported news agency IANS. "I read the statement which he made about me in the newspaper. I did a very small role in Munna Bhai MBBS which was directed by Rajkumar Hirani. He used to be a shy person when I worked with him," said the 44-year-old actor and added something similar to what the filmmaker had said about him before: "I also feel surprised how he became such a renowned director. I never expected that he would become such a great filmmaker not only India, but all over the world."

Speaking at an event earlier, Rajkumar Hirani, who briefly worked with Nawazuddin in his 2003 film, said: "He acted really well and I told him that 'Nawaz, you are a very good actor'. But in my head, I never thought that Nawazuddin Siddiqui would become such a huge actor that he is today."

Rajkumar Hirani made his debut as a director with Munna Bhai MBBS, which starred Sanjay Dutt in the titular role. He later released a sequel titled Lage Raho Munna Bhai in 2006 - both films turned out to be huge successes at the box office. Nawazuddin, who struggled his way to success in Bollywood, made a brief appearance in the 2003 film. Nawazuddin came to prominence with 2011's Dekh Indian Circus, for which he won a National Award. In 2012, films like Kahaani and the Gangs Of Wassepur series made Nawazuddin a name to reckon with.

During his initial years in Bollywood, Nawazuddin Siddiqui featured in small role in films such as Sarfarosh starring Aamir Khan (with whom he later worked in Talaash), Manorama Six Feet Under and Black Friday among others. His impressive resume also includes commercial hits such as Bajrangi Bhaijaan, Munna Michael and Mom. Meanwhile, Rajkumar Hirani's last directed film Sanju redefined box office history.

Nawazuddin Siddiqui's Manto, in which he enlivens the controversial life of author Saadat Hussain Manto, recently his screens. Ahead of that, he was basking in the glory of the success of the hugely popular Netflix series Sacred Games.

Kareena Kapoor Is Making Memories In Dharamshala. This One Speaks A Thousand Words