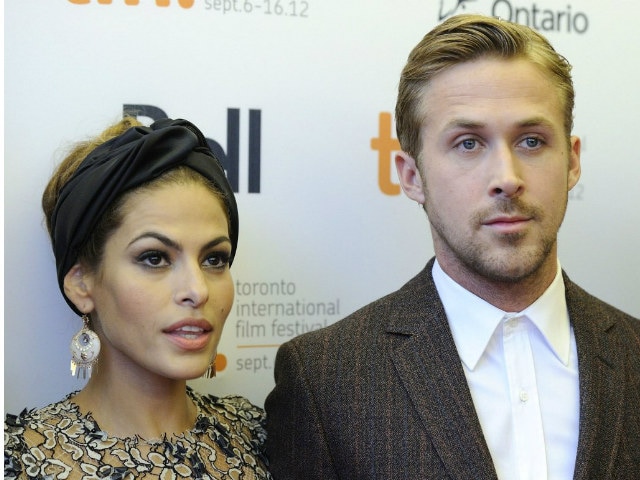 Ryan Gosling, Eva Mendes co-starred in The Place Beyond The Pines (courtesy: thebeautydays)

New Delhi: "Ryan Gosling, like all the nicest people, is Canadian," Meryl Streep said in her now-viral Golden Globes speech on Sunday night. She said it well - sometime before she received the Cecil B DeMille award for lifetime achievement, Ryan Gosling won both Globe for Best Actor - Comedy/Musical and hearts with his thank you speech addressed to 'sweetheart' Eva Mendes. Eva, 42, acknowledged her partner's compliments with a post on her Instagram account in which she captioned a picture of singer Janelle Monae on the Golden Globes red carpet as "Obviously this wasn't my favourite moment of the night...but it was definitely my favourite style moment" - the inference being that her favourite moment was when he said "Sweetheart, thank you," melting millions of hearts.

On Sunday night, Ryan Gosling, 36, won Best Actor - Comedy/Musical for his performance as jazz pianist Sebastian in La La Land, which made Golden Globes history with seven wins. After joking about how he had been mistaken for fellow Canadian and Globe nominee Ryan Reynolds once too often, Ryan Gosling said, "I just would like to try and thank one person properly, and say that while I was singing and dancing and playing piano and having one the best experiences I've ever had on a film, my lady was raising our daughter, pregnant with our second and trying to help her brother fight his battle with cancer. If she hadn't taken all that on so that I could have this experience, would surely be someone else up here other than me to today. Sweetheart, thank you." He dedicated his Globe to Eva's late brother Juan Carlos, who died last April.

Promoted
Listen to the latest songs, only on JioSaavn.com
Ryan Gosling and Eva Mendes, who co-starred in 2012 film The Place Beyond The Pines, have two daughters together.

La La Land, directed by Damien Chazelle and co-starring Emma Stone, leads the BAFTA nominations and is expected to be at the forefront when the Oscar nominations are revealed later this month.