If Nick Jonas' bachelor trip's not epic, then we don't know what is. Hence, this is what Priyanka Chopra commented: "Epic bachelor party coming up!" 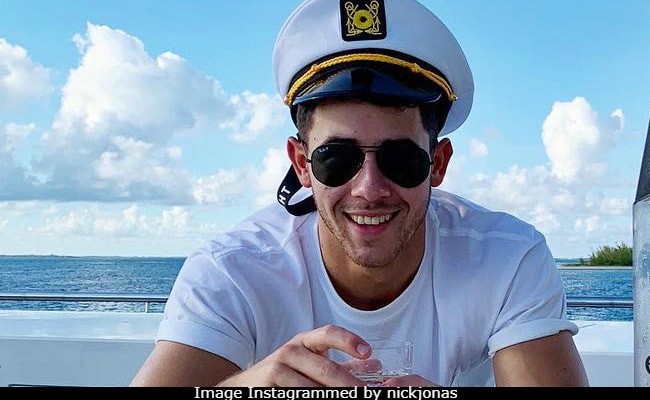 After Priyanka Chopra, looks like Nick Jonas is indeed having a blast on his bachelor trip over the weekend, which appears to be an envy-inducing cruise. The groom-to-be shared glimpses of his bachelor trip and how he prepped for it on his Instagram, that were closely followed by Priyanka Chopra, who then arrived at the conclusion that it's going to be one an "epic" scale. Nick Jonas recently Instagrammed to say that he arranged for super cool scooters for the groomsmen, which includes the Jonas Brothers of course - Joe Jonas, Kevin Jonas and Frankie Jonas - and also Priyanka's brother Siddharth Chopra and Nick's Kingdom co-star Jonathan Tucker.

Nick Jonas reportedly handed out the scooters to each of his 11 groomsmen at his Los Angeles residence ahead of the cruise party, said a report in E! News: "He worked with Lime Bike to create custom scooters as gifts for each one of them. Nick also created a custom scooter for himself," said a source, who had added: "The scooters will be given to each of the groomsmen at his home in Los Angeles prior to his bachelor party."

If preparations on such scale are not epic, then we don't know what is and hence, this is what Priyanka commented: "Epic bachelor party coming up!"

"I was searching for a fun way for my groomsmen to be mobile and ready to roll - so I called up my friends at Lime Bike for some help," Nick Jonas said while Instagramming this photo:

I was searching for a fun way for my groomsmen to be mobile and ready to roll - so I called up my friends at @Limebike for some help... #groomsmengift #CitrusGotReal

With another post, Nick Jonas made it official that: "Bachelor party weekend is officially underway people!"

Meanwhile, Priyanka Chopra hearts this photo of Nick Jonas, all suited up for the "epic" party!

Well, to speak the truth, Priyanka Chopra's bachelorette was no less epic with her sister Parineeti Chopra, future sister-in-law Sophie Turner (engaged to Joe Jonas), her besties Tamanna Dutt and Srishti Bahl Arya, Isha Ambani and others joining her for all the fun. Ahead of her bachelorette, Priyanka had a bridal shower at the Tiffany store in New York, which Nick Jonas reportedly had shut down to pick out a ring for his bride-to-be.

Priyanka Chopra has flown back to Mumbai with her family and are looking forward to a December wedding. The couple officiated their engagement with a roka ceremony in Mumbai in August and will reportedly host their wedding festivities in Jodhpur's Umaid Bhavan Palace and Meherangarh Fort.