Emraan Hashmi Trains With Mohammad Azharuddin in This Azhar Video 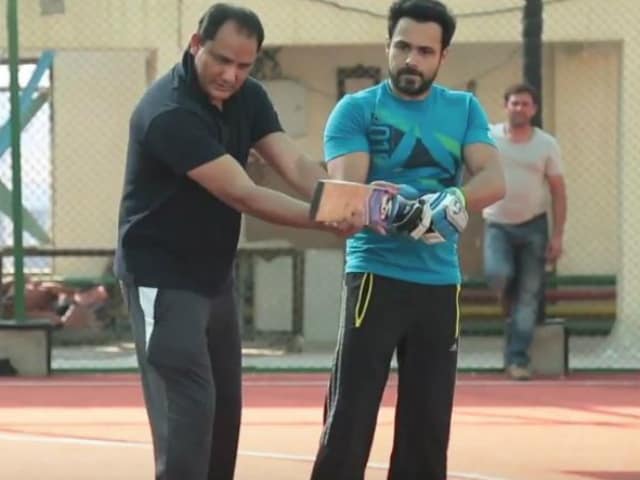 New Delhi: Actor Emraan Hashmi plays the role of legendary cricketer Mohammad Azharuddin in upcoming biopic Azhar. The 37-year-old actor has trained extensively to get Azharuddin's signature moves right with none other than the former Indian player for his part in the movie. The makers of Azhar have released a video on March 30, which offers a sneak peek into Emraan's practice sessions with Azharuddin.

"I have looked up to him and followed pretty much every match he had played at that time," said Emraan, who strikes the ball with as much vigour as that of a good batsman in the video.

The Jannat actor added: "His advice on everything is very clear. He doesn't put too much pressure and make you feel bad that you don't know this. He lets you be and slowly you see those parts of your game come out. And you get better."

This is what the guru had to say about Emraan: "He is very patient and a very good learner. Not many people can learn fast. He wants to learn."