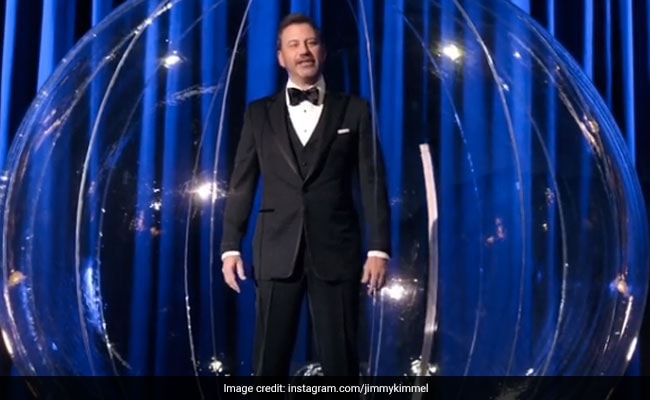 Television's Emmys plummeted to yet another all-time ratings low, despite producers overcoming technical challenges to pull off an innovative and well-received "remote" ceremony, ABC confirmed Monday.

The 72nd Emmys, broadcast from an empty Los Angeles theater with dozens of nominees and winners beaming in via video call due to the coronavirus pandemic, was watched by an average 6.1 million viewers.

Continuing a trend seen across nearly all major award shows, that figure declined from last year's 6.9 million -- itself down from a previous record low, 10.2 million, the year before.

The ceremony was dominated by three shows -- limited series Watchmen ended with 11 awards, "Succession" claimed the top drama prize, and Schitt's Creek achieved a remarkable sweep of the comedy trophies.

Attempting to put a positive spin on the stats, ABC noted the Emmys were up against a packed sports schedule, with most major professional leagues now back in action after months of lockdown.

"Airing opposite both NBC's 'Sunday Night Football' and the NBA Playoffs on TNT for the first time ever," the Emmys drew the network's "largest audience to the 3-hour time period since April," ABC said in a statement to AFP.

Social media engagement with the show was up on last year, it added.

The ceremony -- anchored by in-venue host Jimmy Kimmel, and featuring awards handed to winners by presenters dressed in hazmat suits styled as tuxedos -- drew glowing reviews from the Hollywood press.

Variety praised the "surprising triumph of producing" and Deadline called it "an awards show for the ages."

Viewers watching the Emmys -- television's answer to the Oscars -- have halved since 2014, as fragmented audiences increasingly shun awards shows.

The ceremony rotates between the four major US networks.