Emmys 2018: Game Of Thrones To Queer Eye, 9 Nominations That Matter

From John Legend's possible EGOT to Sandra Oh's history-making nod, these are some of the most intriguing picks. 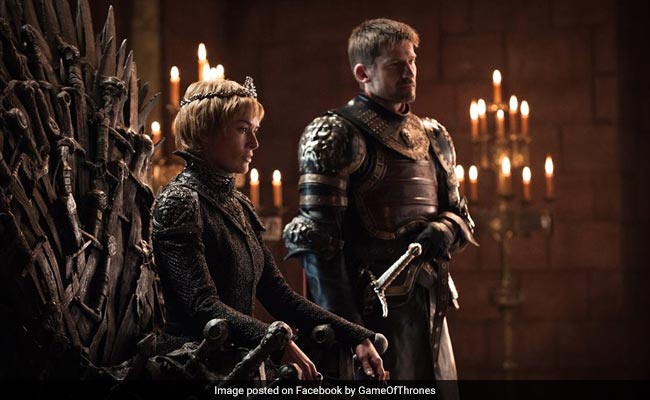 Sorting through the hundreds of Emmy nominations that were announced Thursday can feel like more work than binge-watching the entirety of Gunsmoke. So we've distilled this year's nods down to the nine most surprising, intriguing and important takeaways. Here are the winners from the first round of Emmy madness.

Premium cable services have reigned over the Emmys for some time now. Case in point: HBO has earned the most nominations for 17 years in a row. Until now. Netflix has been slowly inching its way to the top, and this year the streaming service finally surpassed HBO by earning 112 nominations to the latter's 108. It earned the victory on the strong showing of series like The Crown (13 nods), Godless (12), Stranger Things (12) and Glow (10) - an impressive feat, given the dominance of "Game of Thrones."

Ahh, yes, welcome back, old friend. HBO's breakout fantasy series is back with all the vengeance of an angry Arya Stark. Game of Thrones is the one of the most decorated shows in Emmy history, a trend that's poised to continue. It earned the most nominations Thursday with 22, narrowly edging out the big-budget sci-fi show that the cable provider hopes will be its replacement, Westworld, which came away with 21 nods. The year's other tentpole drama, The Handmaid's Tale, also trailed closely behind with 20 chances to win a trophy.

For Mother's Day, Thompson's mom Ann appeared on Saturday Night Live and said, "Kenan, I can't imagine this show without you. Like, I actually can't remember when you weren't on it." She was referring to his 15 years on the show, which makes him the longest-tenured cast member in its history. Many consider him to be one of the show's most important cast members, but this is the first time he's received an Emmy nomination, giving life to the phrase "better late than never."

After the celebrity chef turned writer turned television personality took his life in June, CNN chose to release the final two episodes of his beloved travelogue show Parts Unknown, in which he visited Cajun Mardi Gras in Southern Louisiana and Bhutan. The episodes were met with a mixture of praise and sorrow. The Television Academy seemed similarly struck by Bourdain's final season, nominating it for six Emmys, including one for best informational series or special.

The stakes will be pretty high for the R&B star, who has two chances to EGOT (Emmy, Grammy, Oscar, Tony): 1) If he wins lead actor in limited series or TV movie for NBC's "Jesus Christ Superstar Live in Concert," or 2) If the show wins outstanding variety special, since he was a co-executive producer. (Added bonus: If Jesus Christ Superstar wins, executive producers Andrew Lloyd Webber and Tim Rice could also EGOT.) He has some tough competition with Jeff Daniels from Hulu's The Looming Tower and Benedict Cumberbatch in Showtime's Patrick Melrose - but given that the NBC production was live, voters might want to acknowledge the trickiness of that performance.

Since 2010, the only winners in the best comedy series category have been Modern Family (2010 through 2014) and Veep (2015 through 2017). This year, Modern Family received no nominations for the first time ever, while Veep went on hiatus while Julia Louis-Dreyfus was undergoing treatment for breast cancer. (It will resume production next month.) So who will take the comedy crown? Newcomers such as The Marvelous Mrs. Maisel, Barry and GLOW are all poised to make an impact.

This spring, BBC America's Killing Eve became the rare TV series to gain viewers every week as the buzz spread about this addicting drama about a cat-and-mouse game between a British intelligence officer (Sandra Oh) and terrifying assassin (Jodie Comer). Both performances got raves, but Oh was a standout and on Thursday became the first Asian woman to be Emmy-nominated for lead actress in a drama. Oh was nominated for supporting actress four times for her breakout role on "Grey's Anatomy," but it's clear she's overdue for a win.

This Amazon comedy debuted in December and quickly scooped up multiple Golden Globe nominations, with a win for best comedy series and best actress for Rachel Brosnahan, in her breakout role as a housewife turned stand-up comedian in the 1950s. Although the Globes and Emmys aren't always on the same page, Emmy voters also loved the show, which was showered with 14 nominations, including best comedy. In addition to Brosnahan's lead actress nod, Tony Shalhoub, Alex Borstein and Jane Lynch were also nominated for their respective roles.

The Netflix reboot of Bravo's Queer Eye for the Straight Guy became an immediate hit when it was released this year. Of course, we'll never know the ratings, but it was one of those cultural sensations that lit up the internet with all the memes and catchphrases. So it's no surprise that the show received an Emmy nod for outstanding structured reality program - although a bit more mysterious that its five stars were left off the list for best reality show host.

Promoted
Listen to the latest songs, only on JioSaavn.com
Comments
emmys 2018emmy nominations