Ek Villian Returns : Arjun and Tara shared pictures from the sets of the film in Goa 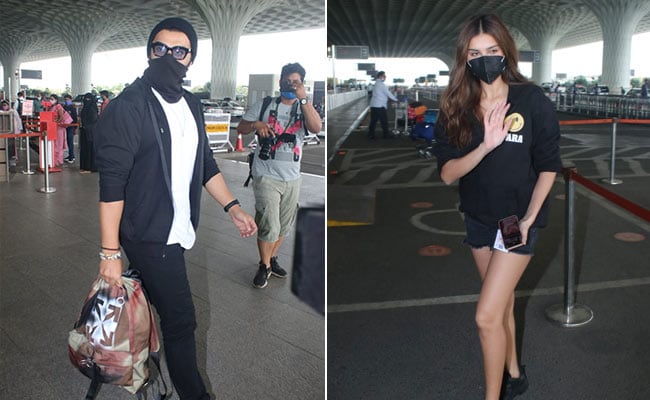 Arjun Kapoor and Tara Sutaria are in Goa and have kick-started the shooting of their next film Ek Villain Returns. The film is the sequel of the 2014 film, Ek Villain. On Saturday, Tara broke the news on her Instagram account by sharing a shot from the sets. Tagging Arjun and director Mohit Suri, the 25-year-old wrote “Day 1,” followed by heart and music emojis. The photo features the clapboard of the film. Tara's picture was reshared by Arjun, who followed it up with another photo. 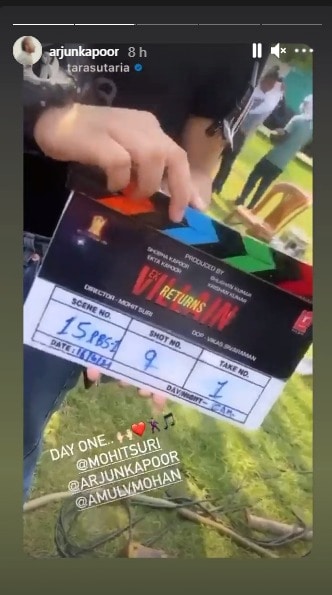 Arjun's snap shows a bunch of yellow-coloured smiley balloons against the background of the blue sky and some pink hanging tassels. The smiley was a recurring motif in the first film of the Villain series and it looks like it has a role to play in the second one as well. 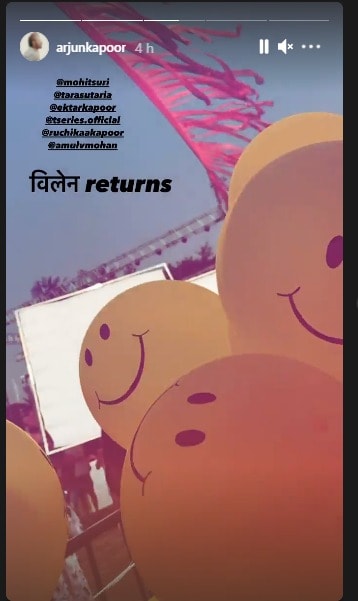 In fact, in a recent picture shared by Balaji Motion Pictures on Twitter, both Tara and Arjun can be seen wearing black hoodies with just their names and the smiley printed on them. Sharing the picture, the production house wrote, “Arjun Kapoor and Tara Sutaria are off to Goa to shoot for the second schedule of #EkVillianReturns,” tagging the two.

@arjunk26 and @TaraSutaria are off to Goa to shoot for the second schedule of #EkVillianReturns.@ektarkapoor#BhushanKumar@mohit11481#ShobhaKapoor@RuchikaaKapoor@TheJohnAbraham@DishPatani@amul_mohan@TSeries#BalajiMotionPicturespic.twitter.com/Hd2QsEqEtP

Later, the duo uploaded selfies and appeared ready to dive into the shoot. Tagging Arjun, Tara shared a boomerang of herself and wrote, “Aye Villian! Are you ready? Let's Gooo." Arjun too shared a photo and said, “Aye Villian, Let's do this."

The movie will also feature John Abraham and Disha Patani in pivotal roles. Both John and Disha were spotted in Mumbai earlier this month, shooting for the project.

The first film had Sidharth Malhotra, Ritiesh Deshmukh and Shraddha Kapoor in the key roles. Mohit Suri, who helmed the first one, will be returning to direct the second instalment as well.

Speaking about the film, Mohit had said, “Ek Villain was my passion project and a labour of love. The kind of love that I still receive for Ek Villain overwhelms me. I am sure with Ek Villain Returns, the love is only going to grow bigger. And while I cannot reveal much about the film, I can assure you that it is going to be a thrilling roller-coaster ride.”

Arjun was last seen in Sandeep Aur Pinky Faraar. Along with Ek Villain Returns, he also plays an important role in Bhoot Police. Tara has a bunch of projects lined up, including Tadap and Heropanti 2. She was last seen in Marjaavaan opposite Sidharth Malhotra.