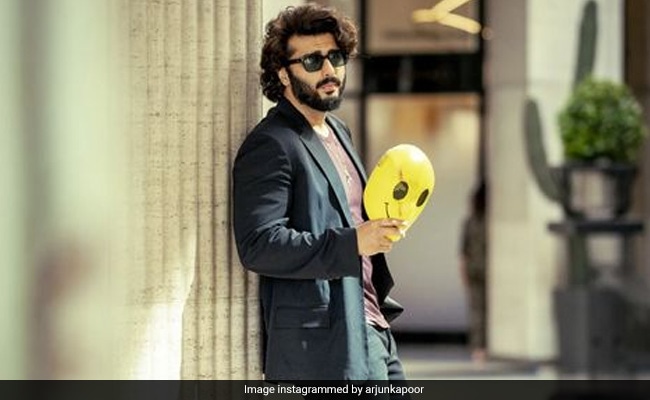 Amid his extensive birthday celebrations in Paris, Arjun Kapoor also took time out to promote his upcoming film Ek Villain Returns. Late on Wednesday, Arjun Kapoor shared two new posters of the film in which he is with his co-star Tara Sutaria. Seated on a motorbike, the two only have eyes for each other in the poster that is ruggedly stylish. In the caption, Arjun Kapoor declared, “Hero-heroine ka zamana gaya, now it's time to hail the Villain. Ek Villain Returns, trailer out tomorrow. In cinemas this Villaintines Day- July 29, 2022.” Arjun Kapoor has also tagged his co-stars John Abraham and Disha Patani along with director Mohit Suri to the post.

Before this poster, Arjun Kapoor dropped another one, again with Tara Sutaria. This time, the two are posing with their arms around each other. While Tara is facing Arjun Kapoor, the actor is seen gazing intently into the camera. “Hero ya heroine ka toh pata nahin, par Ek Villain zaroor hai iss kahani mein. Ek Villain Returns, trailer out tomorrow. Coming to your nearest cinema halls this Villaintines Day- July 29, 2022.”

And even while in Paris, Arjun Kapoor was seen promoting the film. In a series of pictures, the star is posing on the streets of the French capital dressed in an all-black look with a yellow mask – a recurring motif in the film's posters – in his hand. Sharing the post, he said, “#EkVillain was in Paris and is now headed to Mumbai for the Big launch. Brace yourselves for some epic villainy coming your way. Ek Villain Returns.” Replying to the image, Arjun Kapoor's sister Anshula Kapoor said, “Killing it.”

The first installment of the film, Ek Villain, features Sidharth Malhotra, Shraddha Kapoor and Riteish Deshmukh in the lead roles.