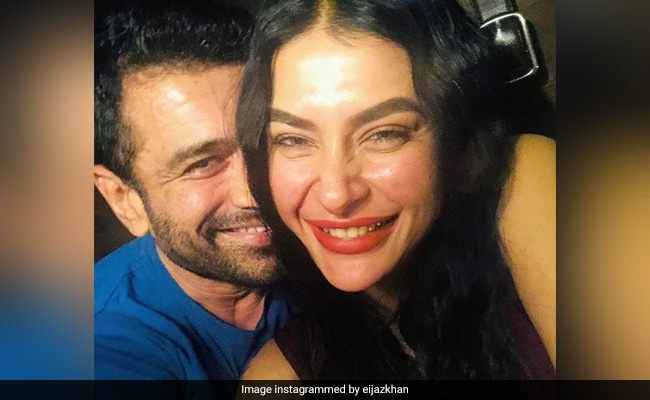 Bigg Boss 14 contestants Eijaz Khan and Pavitra Punia, who met each other on the TV reality show, frequently share mushy posts with each other on Instagram. On Thursday, the Tanu Weds Manu actor shared a set of pictures with Pavita on social media. In some shots, the couple can be seen smiling with all their hearts together, while in the other one, Eijaz can be seen planting a kiss on her forehead. Eijaz Khan captioned the post: "Love you 1 million... Shine on baby." He added the hashtag #pavijaz to his post. In the comments section of his post, Pavitra Punia commented: "I love you Khansaab."

The couple, who fell in love during Bigg Boss 14, frequently make appearances on each other's Instagram profiles. On Valentine's Day, Eijaz Khan shared this super cute picture with Pavitra. See the post here:

Pavitra and Eijaz made their relationship Instagram official last month by posting a picture together. ICYMI, this is the one we are talking about:

During an interview with Times Of India, Eijaz revealed that he and Pavitra might get married this year. "We are keeping our fingers crossed and if all goes well, Pavitra and I will get married this year. Abhi humare ghar waale bahut phaile hue hain, pehle unhe samet le and then we will think about marriage," said Eijaz Khan.

"No Man Like You": Gauahar Khan Writes Emotional Tribute After Father's Death