Ed Skrein Quits Hellboy After Whitewash Criticism. Will It Make A Difference?

"I am sad to leave Hellboy but if this decision brings us closer to that day, it is worth it," said Ed Skrein 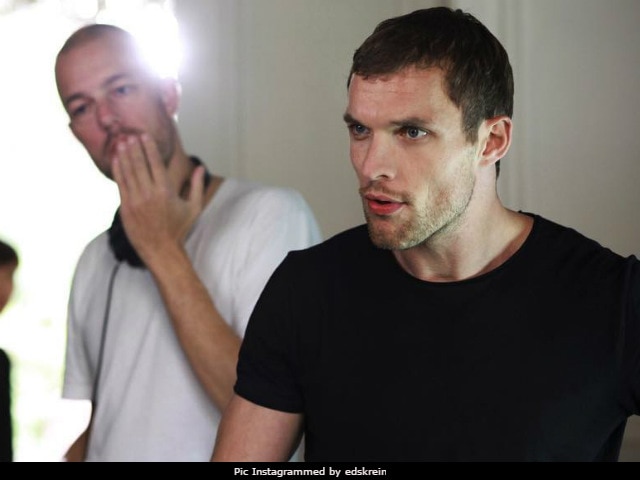 "I must do what I feel is right," said Ed Skrein (courtesy Instagram)

Ed Skrein responded Monday to backlash against his casting in the movie Hellboy by relinquishing the role, saying, "I must do what I feel is right."

A week ago the 34-year-old British actor tweeted that he would be playing Major Ben Daimio, a character that was Asian-American in Mike Mignola's Hellboy comics. The news was met with complaints that Hollywood was once again "whitewashing" an Asian character.

In a message posted to Twitter and Instagram Monday, Skrein, whose credits include last year's Deadpool and Game of Thrones, said he had been unaware of the character's heritage in the comics when he accepted the role.

"It is clear that representing this character in a culturally accurate way holds significance for people, and that to neglect this responsibility would continue a worrying tendency to obscure ethnic minority stories and voices in the Arts. I feel it is important to honour and respect that."

Nancy Yuen, who has written about the barriers minorities face in Hollywood, said "most of the actors who have been in the crossfires of these whitewashing uproars usually give excuses," Yuen said.

Skrein appears to be "listening and reading what people are complaining about so it was definitely beyond a 'yay diversity' kind of a message."

The movie was scheduled to begin filming in October, according to Variety.

The movie's producers said in a statement to Hollywood Reporter that Skrein had approached them about leaving.

"Ed came to us and felt very strongly about this. We fully support his unselfish decision. It was not our intent to be insensitive to issues of authenticity and ethnicity, and we will look to recast the part with an actor more consistent with the character in the source material."

The response has been largely positive.

They were joined in their praise by Hellboy creator Mignola and Stranger Things actor David Harbour, who is playing the movie's titular hero.

The pushback against casting white actors as characters that originally were Asian stems in part from what many Asian-American actors say is the dearth of significant parts in an industry where a vast majority of characters on-screen are white.

A 2016 study by the University of Southern California of hundreds of films and televisions shows found that half had no Asian speaking characters.

Yeun, associate professor of sociology at Biola University in Los Angeles, said audiences that have been clamoring for casting of people of color for characters of color.

"People in power are finally listening to the social media outrage and admitting there could be consequences, however small," she said, citing a Paramount executive's admission that the controversy around Ghost in the Shell affected its reviews and led to a mediocre showing at the American box office.

Actors have reacted to criticism of whitewashing with a variety of explanations.

In 2015, Emma Stone said she had become "the butt of many jokes" for her role as a half-Asian character in Cameron Crowe's Aloha. She described the controversy as igniting "a conversation that's very important."

Addressing criticism of her casting in the movie Ghost in a Shell, which was based on the Japanese manga and anime, Scarlett Johansson said in February that, "I certainly would never presume to play another race of a person," then acknowledged that, "having a franchise with a female protagonist driving it is such a rare opportunity."

MacKenzie Davis said that she was not aware that her character Mindy Park in 2015's The Martian was of Korean heritage.

For Davis, the role was a great opportunity for a young actress.

"I was 26, and I remember putting it on tape for one of my favorite directors, and it wasn't a part of the conversation at the time. All I knew was that I was so unbelievably excited, and it was an opportunity so far beyond anything that had happened in my life so far," she told New York magazine this year.

Davis said she is allowed to audition for parts "written as a Latino woman or a black woman" but has chosen not to because "there's no way to change that dynamic unless people take it upon themselves to not participate in that" before raising the issue of a "dearth of opportunity."

Some people online reacted to Skrein's announcement by criticizing the condemnation directed at a white actor playing a character who was originally nonwhite, but allowing minorities to fill roles that had been white in the comics.

"Let's not forget, Alice Monaghan who is a pale redheaded Irish woman from 50's Ireland in the Hellboy comics is a black woman in the new movie," a Reddit user said.

"I guess we'll be seeing her drop out of the movie too now, right?"

But in explaining his decision, Skrein pointed to the importance of "representation of ethnic diversity," adding that he has "a mixed heritage family."

Leaving the role was about making "moral decisions in difficult times and to give voice to inclusivity," he said.

"It is my hope that one day these discussions will become less necessary and that we can help make equal representation in the Arts a reality.

"I am sad to leave Hellboy but if this decision brings us closer to that day, it is worth it."

"I hope it makes a difference."

(Except for the headline, this story has not been edited by NDTV staff and is published from a syndicated feed.)
Comments
Ed SkreinHellboy