Ed Sheeran Confirms He Is Married To Cherry Seaborn

"I didn't know how that would be construed, but obviously it's already come out," said Ed Sheeran 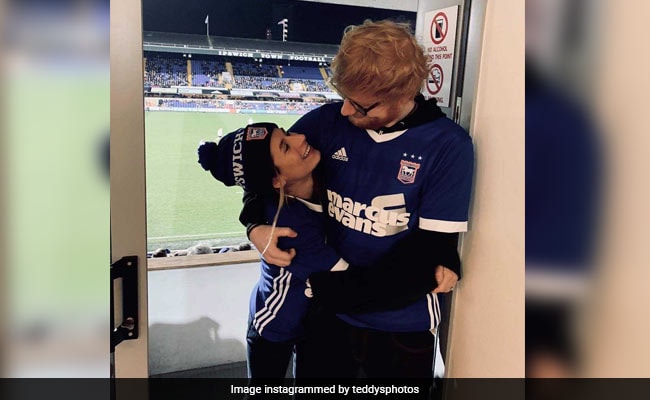 Ed Sheeran recently confirmed that he is married to Cherry Seaborn. During an interview on the YouTube show Charlamagne Tha God, the singer-songwriter confirmed being married to his longtime girlfriend. During the show, when the 28-year-old singer was asked about the lyrics of his song Remember the Name, he said, '"Watch how the lyrics in this song might get twisted. My wife wears red but looks better without the lipstick." He added, "It was actually before me and Cherry got married and I knew that we'd be married by the point that the song came out. I thought someone's gonna hear that and be like, 'Oh, they're married!' I didn't know how that would be construed, but obviously it's already come out."

Reports of Ed Sheeran and Cherry Seaborn's wedding first surfaced in February this year. A source close to singer, told The Sun: "Ed got married a few days before Christmas. It was very quiet - just Ed's oldest school pals, limited family and the priest."

Ed Sheeran, who had been dating Cherry for a few years, announced his engagement on Instagram in January 2018 in a post. He posted a picture with Cherry and he captioned it: "Got myself a fiance just before new year. We are very happy and in love, and our cats are chuffed as well."

Got myself a fiancé just before new year. We are very happy and in love, and our cats are chuffed as well xx