Game Of Thrones: The Most Head-Scratching Moments, From A Stupid Littlefinger To A Boring Ed Sheeran

Herein lies the worsteros of Westeros. 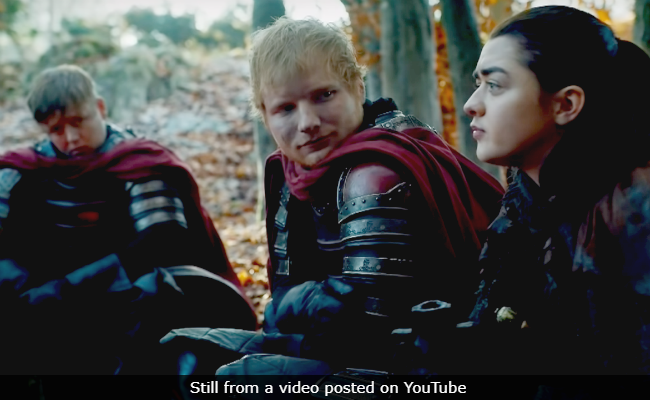 Ed Sheeran with Maisie Williams in a still from Game Of Thrones. (Image courtesy: YouTube)

Any television show that stretches on for the better part of a decade is going to have some wonky moments. From characters doing some truly bizarre things to strange choices by the showrunners to general inconsistencies, Game Of Thrones has subjected us to plenty of head-scratching turns that make you (read: made me) toss your remote control in the air in faux exasperation and say, "Wait, what?"

So I've compiled those biggest moments here, for your reading pleasure.

As always, this post contains a multitude of spoilers. Otherwise, it would be very short.

--Oh, sure. Let's kidnap a wight. What could go wrong?

Characters in Game Of Thrones frequently make silly mistakes, such as trusting Cersei Lannister or trying to kidnap dragons. But the most idiotic, poorly thought out, suicidal plan anyone has come up with was the brainchild of '90s emo band frontman and your first crush, Jon Snow.

Jon and his buddies on the Night's Watch want Queen Cersei - you know, a person who doesn't actually care about other people who aren't related to her - to believe that White Walkers and wights are a thing that need to be stopped. That way she'll stop trying to kill them and instead try to kill ice zombies.

So Jon's all like, let's go into the most dangerous territory in the world with just a few of us, then let's face an entire army of the undead just so we can kidnap one of them and take it to Cersei - even though there's no real reason to think she'll care.

So they do it! And it goes super poorly and everyone almost dies! And then, guess what? CERSEI DOESN'T CARE.

The show has always demanded an extreme suspension of disbelief. Its own mythology doesn't always make sense, such as the fact that wights can't go near water in battle but can pull dragons from the ocean depths or that ravens fly faster than Concordes.

But can we all agree that Jaime Lannister should be dead?

In Season 7, Daenerys attacks Jaime and Bronn's army while riding on the back of an enormous dragon named Drogon. She pretty much destroys them. Toward the end of the battle, Jaime (in his armor) charges D & D. The dragon blows fire at him, but right before he bursts into flames, Bronn tackles him into a lake. The episode ends. 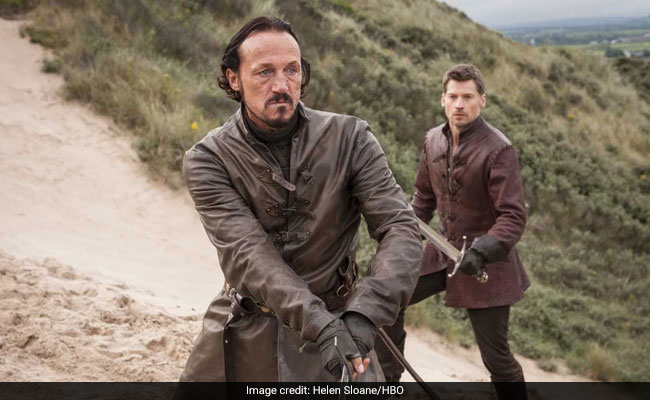 A still from Game Of Thrones. (Image credit: Helen Sloan/HBO)

Only two realistic outcomes here: Either Jaime and Bronn sink to the bottom of the lake (see: armor) and drown, or they pop up to the surface (see: breathing) and that reptilian blowtorch toasts them like marshmallows, right?

Nope! At the beginning of the next episode they pop up in an entirely different place. No battlefield in sight! Judging from the smoke in the distance, these two ironclad gentlemen swam at least a half-mile underwater after fighting an extremely taxing battle. Michael Phelps couldn't pull that off. (And yes, Michael, that is a challenge).

Throughout Game Of Thrones, Petyr Baelish - aka Littlefinger, aka Mr. Chaos Is A Ladder, aka Why Can't It Just Be "Peter," aka wait isn't that Mayor Tommy Carcetti from "The Wire" - is presented as a next-level political genius. He controls everyone like they're cheap plastic chess pieces and he's Bobby Fischer. No one can get one over on him.

Well, no one but two children.

After spending a life tricking the most powerful men and women in Westeros into doing his bidding, Littlefinger ends up at Winterfell with the recently reunited Arya and Sansa Stark. The sisters aren't immediately best friends now, which makes sense given everything they've been through. Plus Arya's a faceless assassin now, which is a whole thing. People change!

Littlefinger attempts to come between them for some reason. Maybe he's interested in Sansa because he was hot for her mom and there's a resemblance? Maybe it has something to do with that chaos ladder he's trying to climb? Whatever the plan is, the sisters pretend like it's working and Littlefinger totally buys their act. Then they kill him!

It's perplexing. How did Littlefinger get so incredibly sloppy? The game is still the game! The former mayor of Baltimore suddenly forgot how to play.

If the dumb Internet phrase "lol, wut" were a scene in a prestige TV drama, it would look a lot like Sheeran's appearance on Game Of Thrones. The bland pop singer appears as a soldier sitting in the woods with some friends and singing, "Hands of gold are always cold, but a woman's hands are warm." (Note to Ed: A man's hands are also warm, unless they are being worn as a necklace.)

He and his buddies give Arya Stark some rabbit, and talk about how un-fun being a soldier is. And . . . that's about it. This isn't the show's only pop-musician cameo. Coldplay's drummer Will Champion has appeared, as have members of Sigur Ros. But they blend into the scenery, making them fun Easter eggs. Sheeran sticks out like an extra thumb - distracting and totally unnecessary.

Look, I'm not the only one who thought it was a dumb stunt. Kristian Nairn, who played Hodor, wasn't a fan either. He told the HuffPost, "I was like: 'Why is Ed Sheeran here?' I mean, Ed Sheeran's great. He's a great guy, great musician, but why is he in 'Game Of Thrones'? It's a fantasy show. We're all caught in this amazing world and spend so much time and money and talent to create, and all of a sudden there's a pop star? What?"

(This story has not been edited by NDTV staff and is auto-generated from a syndicated feed.)
Comments
game of thronesed sheeran cameo