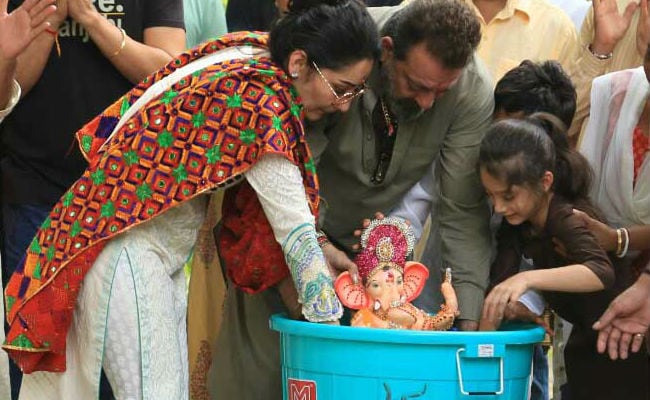 Sanjay Dutt with Maanyata, Shahraan and Iqra outside their home.

Several Bollywood celebrities have stressed on the importance of not harming the environment during festive celebration and Ganpati Visarjan is one of them. Taking a step towards protecting the environment yet fulfilling the festive enthusiasm, celebrities such as Sanjay Dutt opted for Ganpati Visarjan at home using minimal water to give Bappa a nice send off. Sanay Dutt along with his wife Maanyata and twins Shahraan and Iqra were spotted outside their Mumbai home giving a sweet send off to Ganpati on Saturday. Before immersing the Ganesh idol in a water container, the Dutts paid obeisance to Ganpati and performed an aarti.

Here are pictures of the Dutts' intimate Ganpati Visarjan from Saturday: 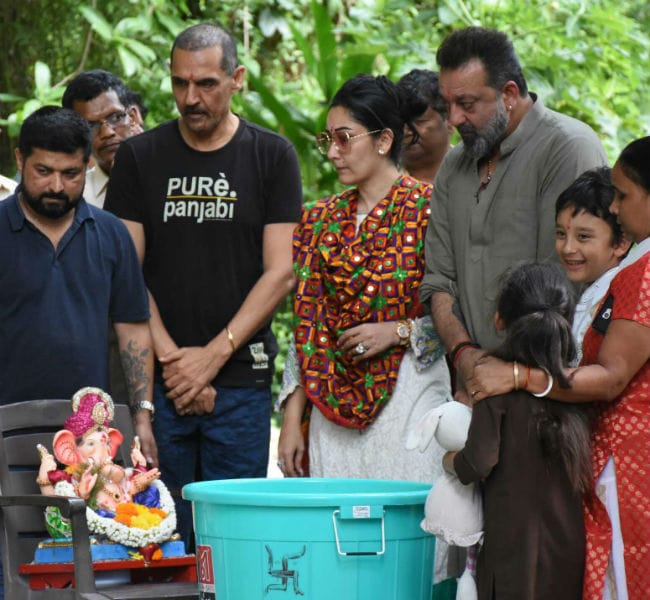 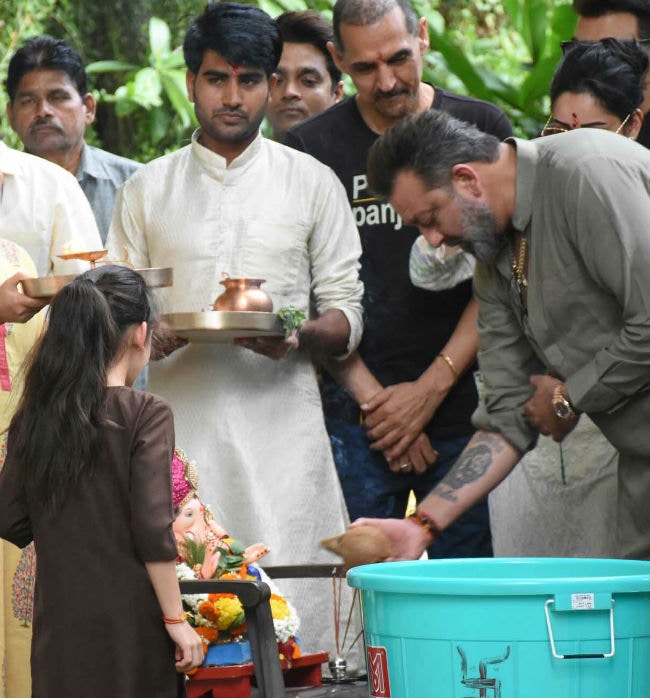 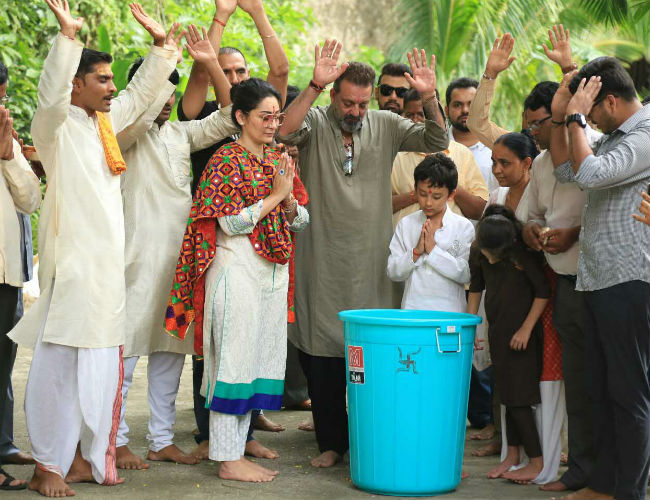 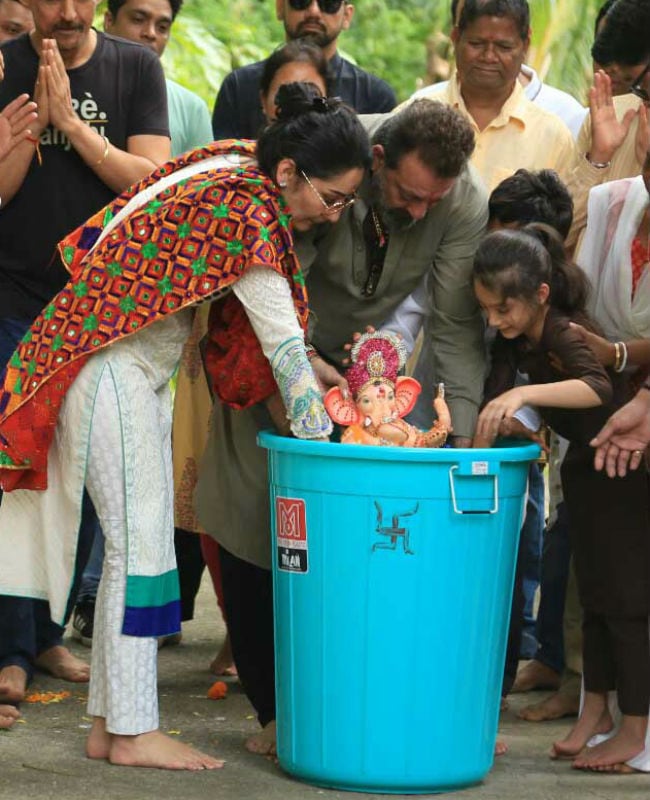 Meanwhile, Shilpa Shetty decided to her Ganpati a grand send-off complete with a band and procession on Friday. However, the actress like some of her other colleagues, ensured that her Ganesh idol was eco-friendly. Last week, Dia Mirza visited the Ganpati pandal at Shilpa Shetty's residence and revealed that the Ganesh idol was made using "completely natural, biodegradable decorations." She added: "Leading the way with positive personal action... so proud of my friends. #BeTheChange #BeatPollution #CleanSeas"

And here are pictures from the Visarjan procession, which started from Shilpa and Raj Kundra's home. 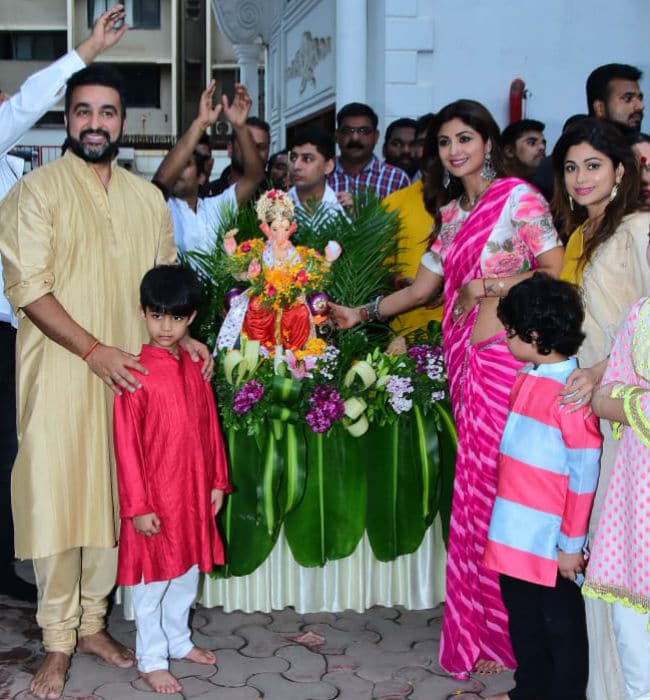 Shilpa Shetty with her family before Ganpati visarjan 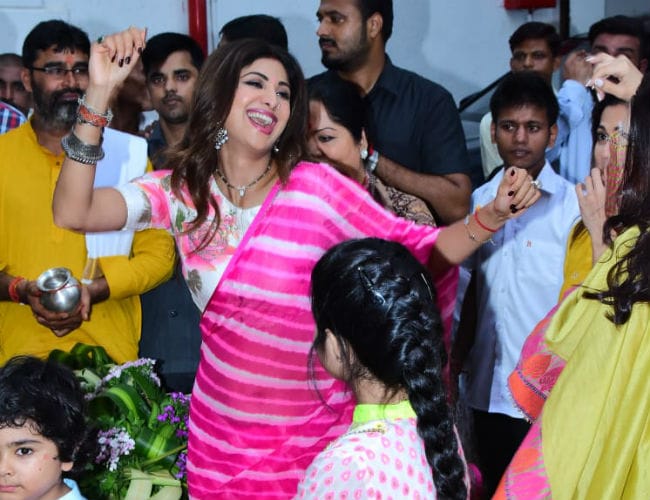 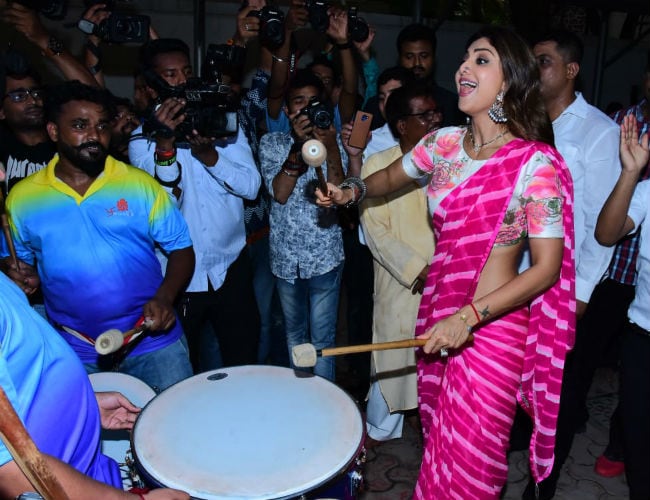 Shilpa Shetty was the life and soul of the procession

Many other Bollywood families, including Vivek Oberoi and Arpita Khan Sharma, have also bid adieu to Ganesh. Bollywood celebrities, like many others, welcomed Bappa to their respective homes on Thursday on Ganesh Chaturthi and while some bid adieu to Ganpati in a few days, the final visarjan will held on September 22.