Dwayne Johnson, Wife And Daughters Have COVID-19 But Are "No Longer Contagious" 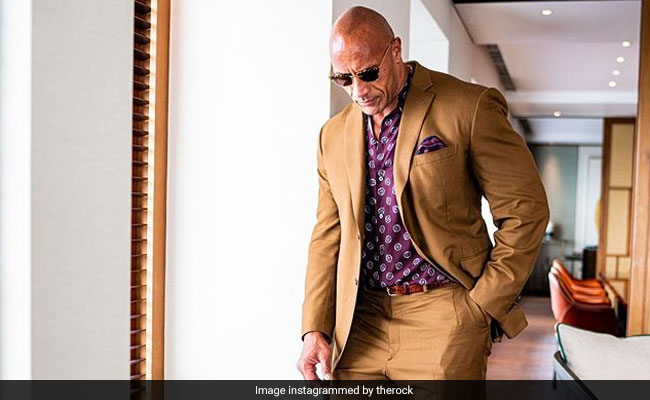 Dwayne Johnson, in his latest Instagram post, announced that he along with his wife Lauren, 35, and their daughters had contracted COVID-19 about two-and-a-half weeks ago, despite being "disciplined" about their health. The actor described the test results as a "kick in the gut" and added, "we're on the other end of it and no longer contagious. Thank God, we're healthy." The Jumanji star posted a video on his Instagram account on Wednesday night and said, "I can tell you that this has been one of the most challenging and difficult things we have ever had to endure as a family," adding, "Testing positive for COVID-19 is much different than overcoming nasty injuries, or being evicted or even being broke, which I have been more than a few times." The 48-year-old actor added, "My number one priority is to always protect my family."

Mr Johnson said that he and his family might have contracted the virus from "very close family friends." He said in the video, "We are counting our blessings right now because we're well aware that it isn't always the case that you get on the other end of COVID-19 stronger and healthier." The actor signed off the video saying, "Wear your mask. It is a fact and it is the right thing to do."

Sharing the video on his Instagram profile, Dwayne Johnson wrote: "My message to all of you around the world. Stay disciplined. Boost your immune system. Commit to wellness. Wear your mask. Protect your family. Be strict about having people over your house or gatherings. Stay positive and care for your fellow human beings."

Stay disciplined. Boost your immune system. Commit to wellness. Wear your mask. Protect your family. Be strict about having people over your house or gatherings. Stay positive. And care for your fellow human beings. Stay healthy, my friends. DJ #controlthecontrollables

Dwayne Johnson, a former World Wrestling Entertainment (WWE) star, has featured in blockbuster films such as The Scorpion King, Fast And Furious 6 and the Jumanji series, to name a few.