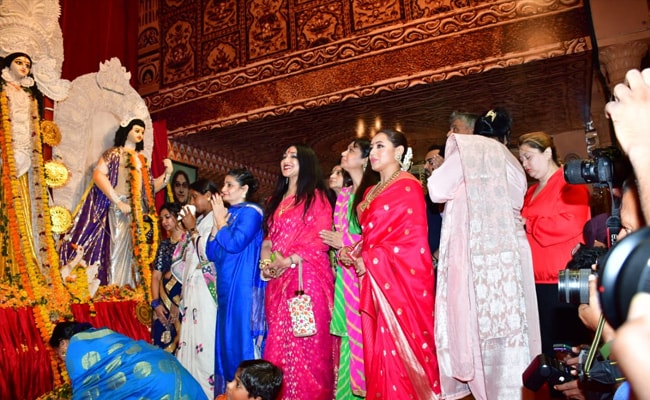 Rani Mukerji was pictured at a pandal in Mumbai.

Rani Mukerji is busy celebrating Durga Puja with her relatives at the Mukerji family puja. On Tuesday, the veteran actress was pictured at the pandal looking stunning in a red saree. The actress accessorised her look with statement jewellery and styled her hair into a neat bun with gajra. Rani Mukerji was joined by the actress Rituparna Sengupta in the celebrations. The actress looked beautiful in a pink saree and left her hair loose. Tanuja with daughter Tanisha Mukerji and Patralekhaa were also pictured at the pandal.

Here have a look at the images: 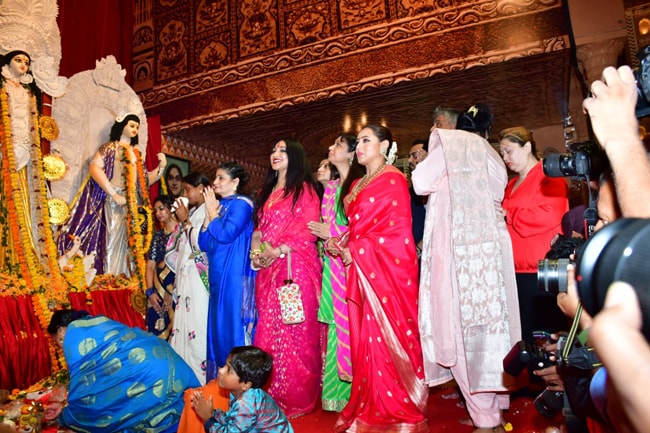 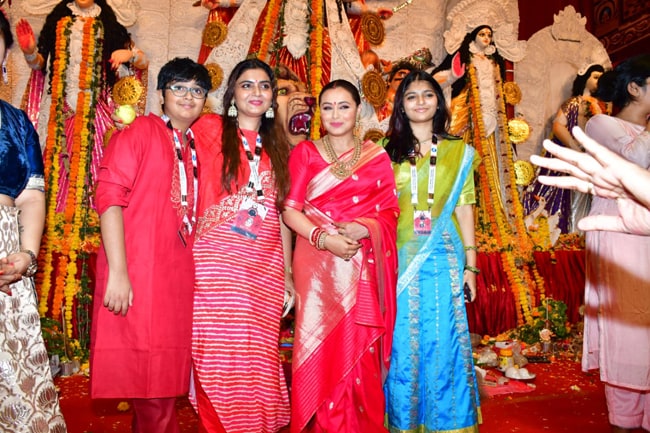 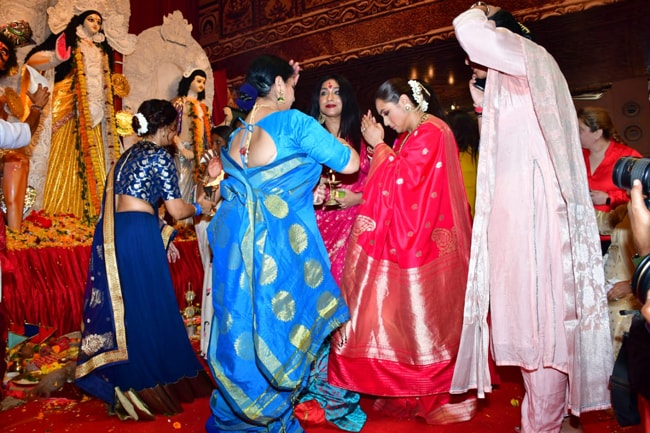 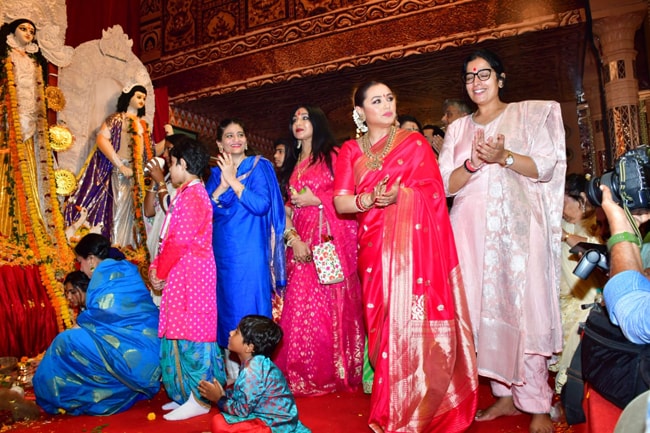 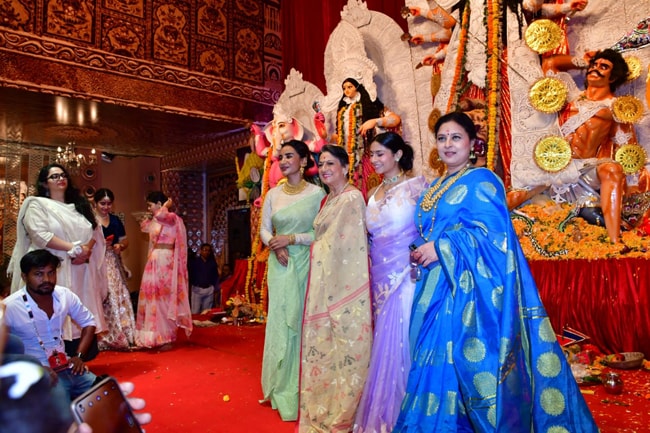 On Monday, Rani Mukerji, Kajol and Jaya Bachchan had a Kabhi Khushi Kabhie Gham reunion at a pandal in Mumbai. They were pictured together at a Durga puja pandal with Rani and Kajol's family, including cousin brother Ayan Mukerji. Ranbir Kapoor and Mouni Roy also joined the Mukerji family to celebrate the festival. Rani Mukerji looked beautiful in a golden saree while Kajol was in a peach saree. Jaya Bachchan, as usual, looked pretty in a red and white saree. Check out the pictures below: 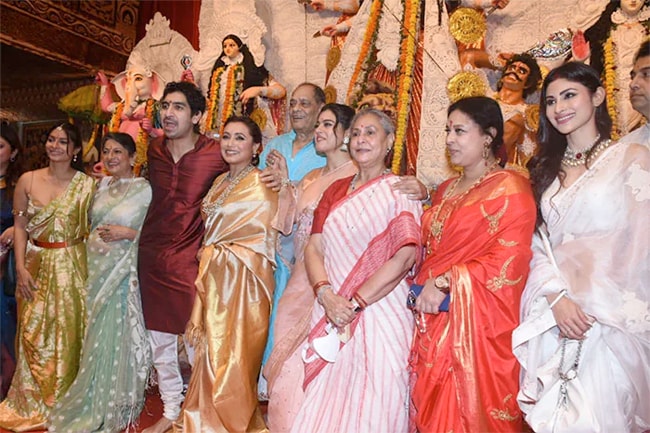 Rani Mukerji was last seen in Bunty Aur Babli 2, co-starring Saif Ali Khan, Siddhant Chaturvedi and Sharvari Wagh. Next, she will be seen in Ashima Chibber's Mrs Chatterjee Vs Norway. The movie is based on a true story of an Indian couple whose children were taken away from them by Norwegian welfare services.

Rani Mukerji is married to producer Aditya Chopra. The couple got married in April 2014 and welcomed their daughter Adira Chopra a year later on December 9.